A few days ago, we published the first part of our review from this year's Le Guess Who festival in Utrecht, with our impressions from the organization and the concerts of Thurston Moore Group, Protomartyr, Jerusalem In My Heart, Amadou & Mariam and Gas. You can find our article here.

This is the second and last part, with our experience from Metz, ICP Orchestra, Zeal & Ardor, Altin Gun and others. 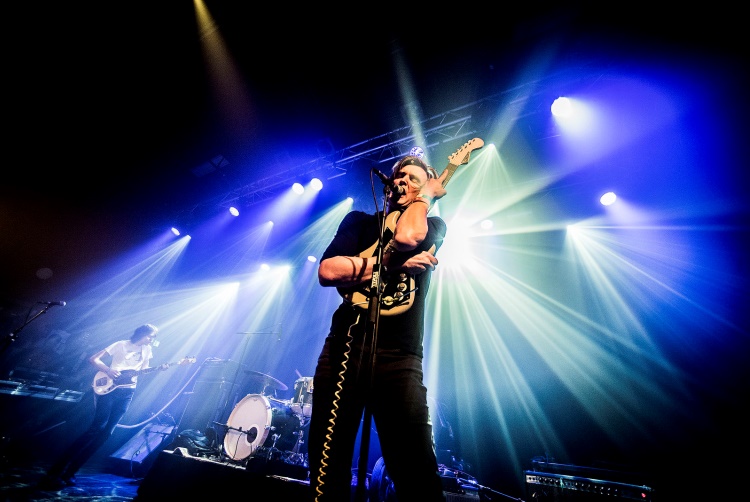 Giant hangover aside, I truly enjoyed the ‘pop on crack’ songs of Proto Idiot. The first thing I noticed about the band was how well their Beatles-esque songwriting worked with a garage sound. To me it was as if the Beatles had a baby with the Flat Duo Jets and Ty Segall. I understand this is a very big comparison to make, however if this band is able to overcome the pitfalls that plague it (long silences between songs which takes the audience out of the flow) I promise the Clocksound readers that this band will be one of the most fun bands to see live. The combination of screeching guitars and poppy harmonies make for a great live experience.

On a side note: the front man, whose name is nowhere to be found on the Internet, is a fucking joy to watch.

Shabaka And The Ancestors - 5/5

I’m sure some of you readers out there know that inexplicable feeling, deep, deep inside where you just don’t know how to describe what you just saw. I’ll admit, I wasn’t exactly sober when I found myself front and center stage to one of the purest forms of jazz expressionism I ever witnessed in my entire life. At most shows I scribble some notes down on my weathered notepad. Shabaka and the Ancestors was one of the few shows at Le Guess Who where I could not even begin to write what I was experiencing. I was hooked, I was constantly moving and I was enchanted from start to finish. The Futuro afro-jazz of Shabaka and the Ancestors is a treat to any jazz fan. 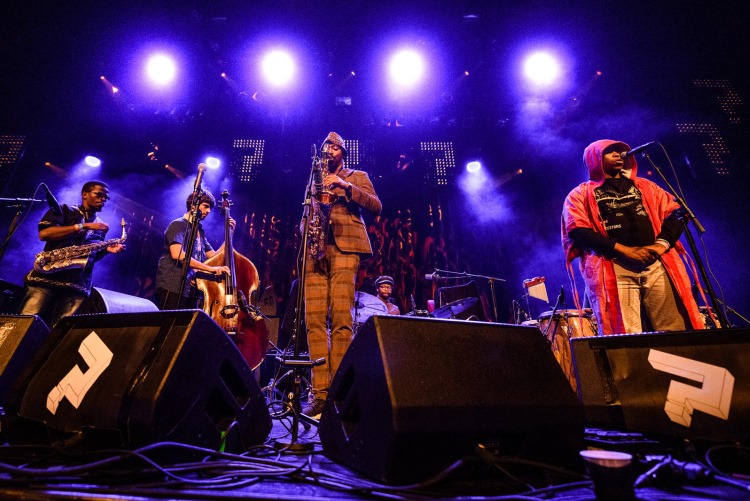 One of the weirdest concerts I will probably ever visit. Now let me start of with this, something I knew I was going to have to analyze in depth in my review of this show: Mary O’ Hara’s backing band consisted of a cellist, pianist, guitarist/drummer, and a balloonist. Yes folks, you read that correctly!

Mary O’ Hara had a professional balloonist in her band. I never in my life could’ve imagined this, and I’m sure you are having a hard time yourself, so let me break it down for you. The balloonist uses the sound of deflation as an instrument, carefully changing pitch by adjusting the width of release, or using the sound of a fully blown balloon to mimic the bass drum. There was even a balloon solo!

I still don’t know what to think of this whole act, even after a few days of letting it settle. Her mix of country, soundscapes and free jazz didn’t leave a lasting impression on me and sadly the big takeaway of this show to me is the balloonist, which doesn’t feel right for an artist that has such a vast musical pallet. 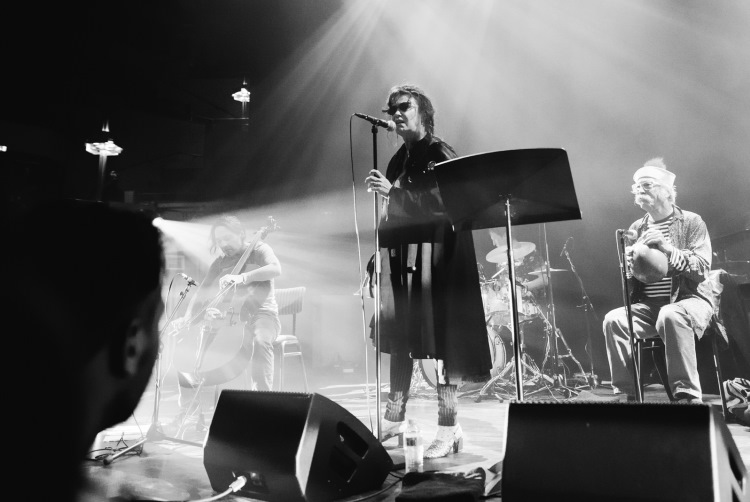 I’ve been a fan of this Korean band for quite a few years and I was very excited to see them on the bill for LGW ’17. Jambinai is like nothing else you’ve ever heard, mixing traditional Korean folk music with very heavy Post-rock. The use of traditional Korean instruments like the Haegeum and the Gayageum infused with metal drums and drop-tuned guitars is an experience you have to see live.

When I previously saw them a few years ago they weren’t playing with a drummer and I was very happy to see that they had a drummer at LGW this year. That definitely added to the live experience that is Jambinai. I scratched my head trying to find anything negative to say about the show, but I cant. What a perfect band and a perfect show. Thank you!

My friend convinced me to stay for this band with five simple words: “Its Blues and Black Metal.”

As any music lover would be, I was instantly intrigued and decided that I would stay. What followed was something I didn’t expect. Blues does go together with Black Metal! I’m not sure that any other band could pull it off quite as successful as Zeal & Ardor, and this is mostly because of the amazing voice and charisma of front man Manuel Gagneux. After thirty minutes I did notice that almost every song follows the same formula: bluesy intro/verse followed by an amazing Black Metal chorus and a breakdown bridge. Overall this only bothered me a little bit and it didn’t make the show any less amazing. I highly recommend the readers to check them out. 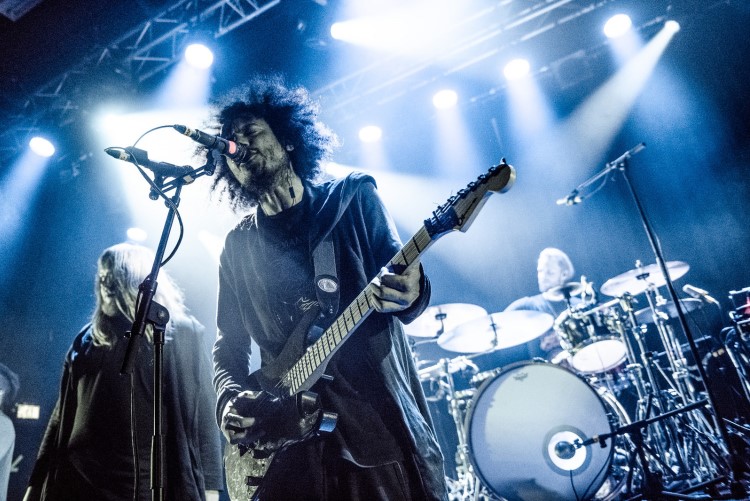 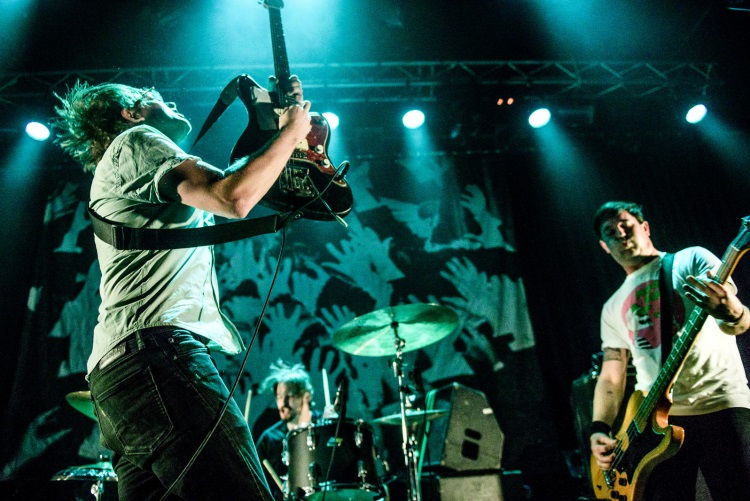 I’ve told my friends before that Metz is as close to Nirvana on steroids as you can get in today’s music scene. Metz are doused in reverb and are angry. The guitars were set to 11 and the drums were perfectly mixed with the bass to create a fat, inescapable mélange of noise and pounding rhythms. The whole show was one big mosh pit with the most crowd surfing I’ve seen at Le Guess Who. It was impossible not to be drawn to the giant pit that encompassed the whole venue. After 60 minutes my legs were broken, my body was bruised and my shirt was drenched in sweat. My body is still recuperating, but holy fuck it was worth it.

Ekko was the perfect venue for Altin Gun, the Anatolian Psych folk revivalists who draw inspiration from the Turkish psychedelic scene.

Altin Gun featured the most insane rhythm section that I’ve seen in quite a while with drums, percussion and bass perfectly in sync. Merve Dasdemir has the voice of an angel, I had no idea what she was singing about, but damn, I was attentively listening to every word she had to say. Erdinc Yildiz is a master in Saz and expertly blends western scales with his semi-tonal instrument to the point where I wondered if he was human or not. To Clocksound readers unknown to this band I highly recommend checking them out! 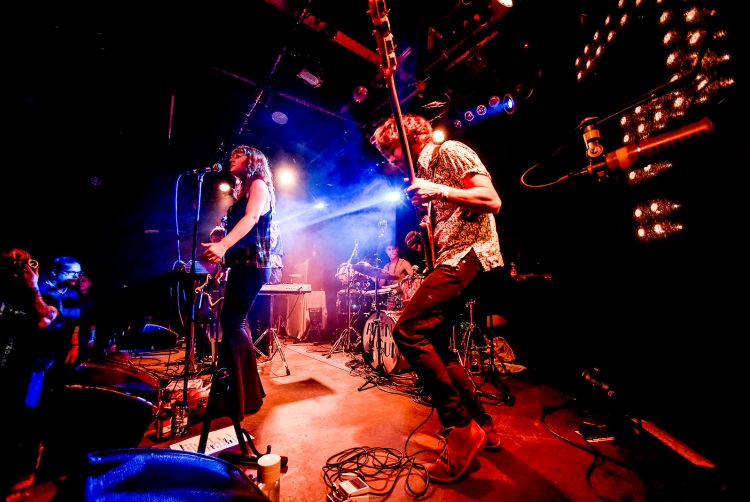 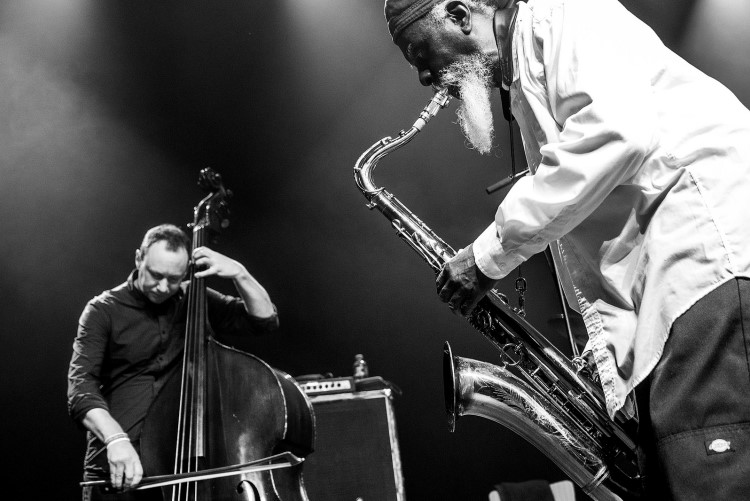 One of the first things I noticed about Pharoah Sanders, the legendary jazz saxophonist, is that his style of jazz could easily be described as ambient soundscapes. His band perfectly creates such layers for him to improvise on. Expertly waiting for the right moment to lay down a blistering saxophone solo. I had to leave early so I sadly couldn’t finish the whole show, however I was deeply touched by the emotional impact that Pharoah Sanders had on me for the time I was there.

ICP orchestra is a free jazz record label and band that has been around since the mid sixties, founded by Misha Mengelberg, Han Bennink and William Breuker. Han Bennink was there since the beginning and it was a true gift to see him perform on his 75th birthday. Still a tour-de-force at an age where most musicians would find it is time to retire, Bennink leads the Orchestra in a full hour long free jazz journey that comprises mostly of compositions written by the deceased founding member Misha Mengelberg.

Every single musician is an utter master in their instrument and Bennink gives to every one of them the spotlight to shine. What a great show and a great crowd. ICP orchestra demands the viewers’ attention and they deserved every thunderous applause they received.

The show ended in a very touching moment where Han Bennink came to the center of the stage and told the crowd what a fantastic time they had. As the crowd roared and clapped, Bennink asked for a moment of silence. He explained that at the end of every good show the ICP Orchestra finishes with a psalm written by Misha Mengelberg. As the orchestra sung this psalm, I felt goosebumps crawling across my spine. What an incredible, almost spiritual experience...

Here are some quotes from my fellow visitors at Le Guess Who:

“Unique and never boring, Le Guess Who has everything I never knew I wanted” – Gregory, 27

“This has been my 4th Le Guess Who and every year it just keeps getting better” - Silvana, 37

“I came all the way from London for Le Guess Who, and I’m definitely coming again. The variety of artists is insane!” – Roxx, 40

Le Guess Who is such a unique experience that I can only recommend you to visit it at least once in your life. When you do, you will only want to come back.

I can only applaud the immense efforts of both volunteers and dedicated staff to ensure that every single visitor has the best possible experience available. I had an amazing time and discovered many new artists that I will follow and listen to for the rest of my life.

I am so happy that there is a place like Utrecht to accommodate this vast exchange of cultural identities. In a world that seems fractured more and more everyday, it’s a breath of fresh air to be surrounded by people from all creeds and nationalities, discovering music that spans the entire globe. What a blast, I can’t wait for next year!

*We would like to thank the organizers, and especially Barry Spooren, for their invitation to cover once again Le Guess Who? Festival, as well as for the perfect festival experience that they offered to us and the rest of the visitors.