The month is November and that means only one thing: it’s time to enjoy the dazzling and wonderfully programmed Le Guess Who?. This marks ClockSound's fourth time to this amazing festival (you can read here and here our impressions from last year's edition). 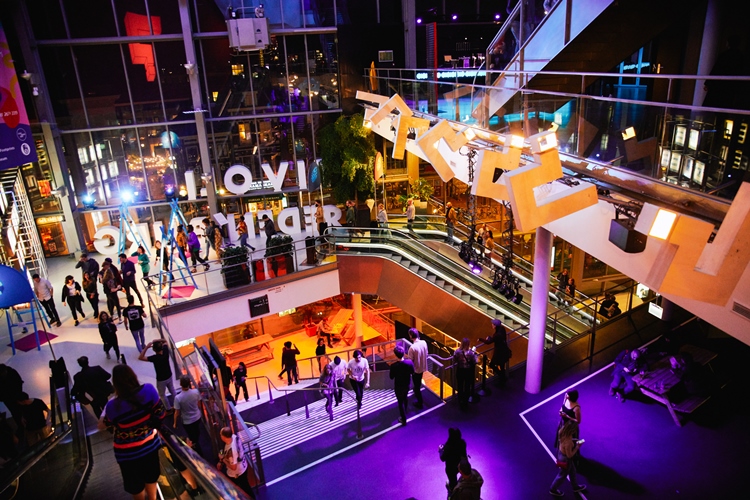 For 4 days the city of Utrecht is transformed into, what seems to be, the musical hub of Europe. With people traveling from all over the continent, and sometimes even the world. Its no surprise to see that for many consecutive years now the festival manages to surpass even the wildest imagination of what live music can do. Besides the numerous locations at which to enjoy a variety of genres and performances, it also boasts an incredible amount of “Satellite activities”, as the programmers bill them, with forays into Film, Performance Art, Exhibitions and poetry. Every day spent at the festival grounds is a sensory treat. As is the case at this festival year after year, the organization is meticulous in its details and very hospitable to all of its guests. It would be the only festival where I could describe the men and women behind the scenes as a big giant family of loving and caring people, in love with good music, great art, delicious food, and a penchant for great graphic design decisions. Tivoli Vredenburg lends itself as main venue again with places like De Helling, Ekko, and Janskerk functioning as small, yet completely functional, ambassadors for music. New additions to this year's line-up include the famous clubs Basis and WAS for late night electronic-driven music to make your feet stomp. 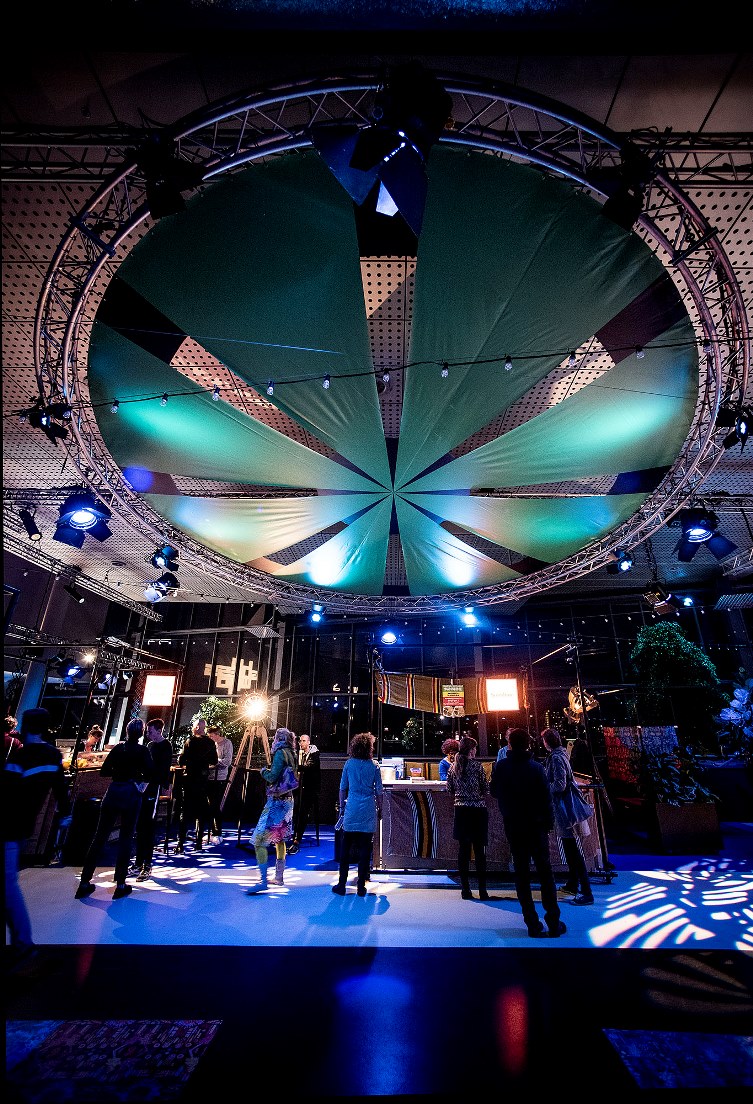 Every Saturday of LGW a borough in Utrecht is invited to host a free-entrance sister festival aptly named “Le Mini Who”. In it, up-and-coming Dutch bands can show off their skills and live performances to music lovers who were or were not lucky enough to buy tickets for the main festival. Don’t let this fool you though, the mini festival with its eccentric line up full of bands, performances, spoken word, and guest appearances from Rotterdam’s WORM are sure to satisfy everyone’s (wicked) ways.

Overall, I can’t stress enough how well organized this festival is and, as is usually the case at festivals, but even more so at this one, there is so much to do you won't ever get to do everything. I can’t wait to go back next year and enjoy all the amazing (and as you will read in a bit, sometimes weird) performances.

Now lets get on to the juicy stuff!

Gracing the stage with nothing but a drummer and a synth/programmer, the Tunisian protest singer caught my ear as I walked up the stairs to Cloud 9 (sidenote: this festival has a lot of stairs. I recommend an emphasis on leg workouts before hitting up Utrecht). Her use of vibrato and her talent for long sustained notes make for haunting, yet inviting, songs about the problems in her own country and the problems that she faces herself. Her charm and demanding presence is enough to make me stay and I enjoyed my time at her performance. Only a part of me wished she experimented more with instrumentation on her live performances, as musically, after 40 minutes, it becomes a little stale. 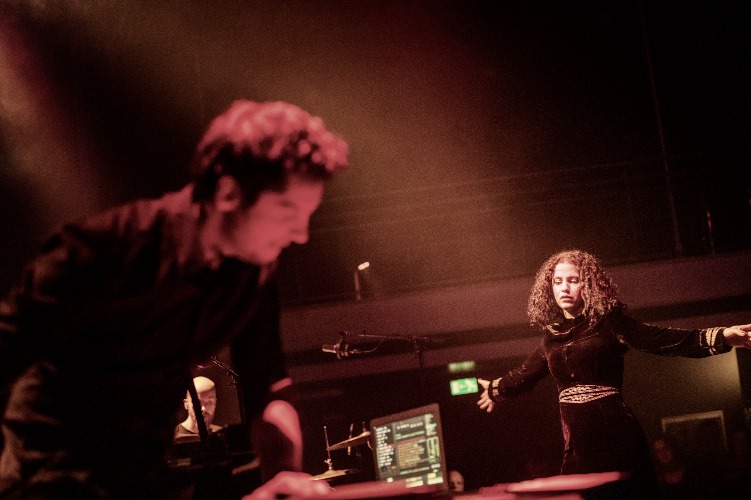 This was one of my favourite shows of the entire festival! Vera Sola is a poet, vocalist and multi-instrumentalist hailing from St. Louis that shook me to the core. Her personal, theatrical and modern take on Americana and turn of the century (20s, not 21s) music has me hooked from the moment I walked into the Hertz. Seemingly coy and demanding in her presence she shifts her gaze to every single person in the audience, conveying not just the meaning of her songs but her personality as well. Her lyricism and the influence poetry have had on this strongly reminds me of – and this is coming from a very big fan – Leonard Cohen. Her new Debut album "Shades" is an absolute must listen and if she is ever near you, travel and seek. 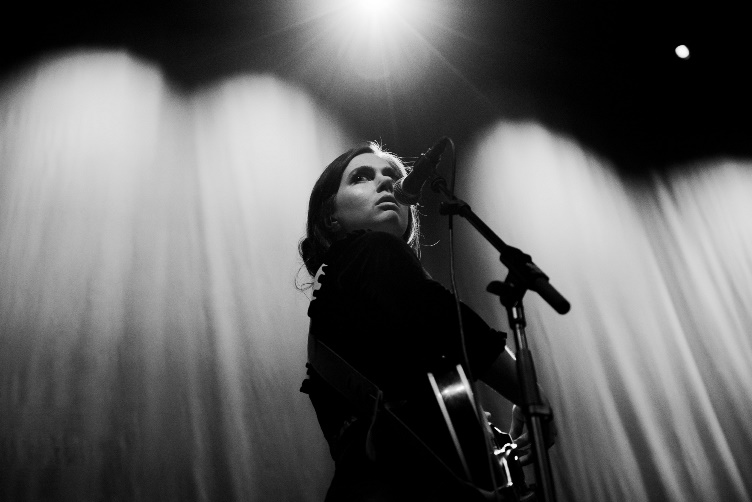 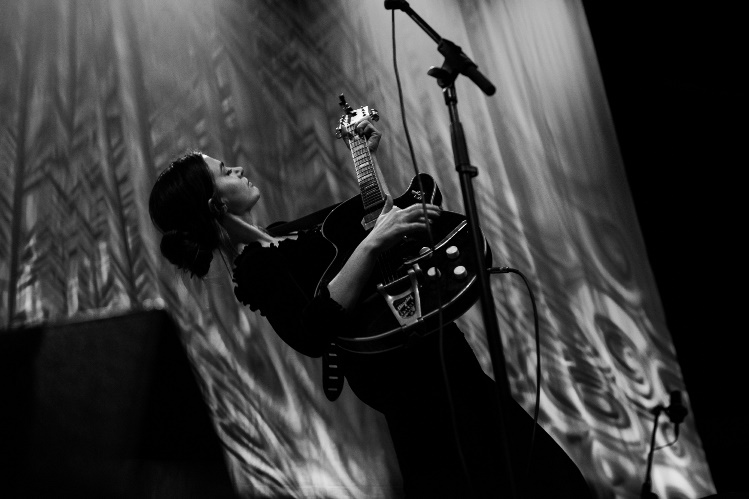 Sexy: If that’s what floats your boat? Check.

Lydia Lunch is a staple of the east coast (post) punk scene and tonight she brings her gravely voice to Utrecht in a performance of songs from her busy career. Backed up by an amazing guitarist who uses octave pedals to the fullest potential and a racketeering drummer with a love for blasting his ride, Lydia Lunch rants about petty issues, like boyfriends who don’t pay rent, the fact she cant get an orgasm and downing wine on Saturday morning.  Somewhere underneath is an honest examination of feminism yet it doesn’t seem to reach me. I can’t tell if she is sincere or if this is an attempt at comedy. 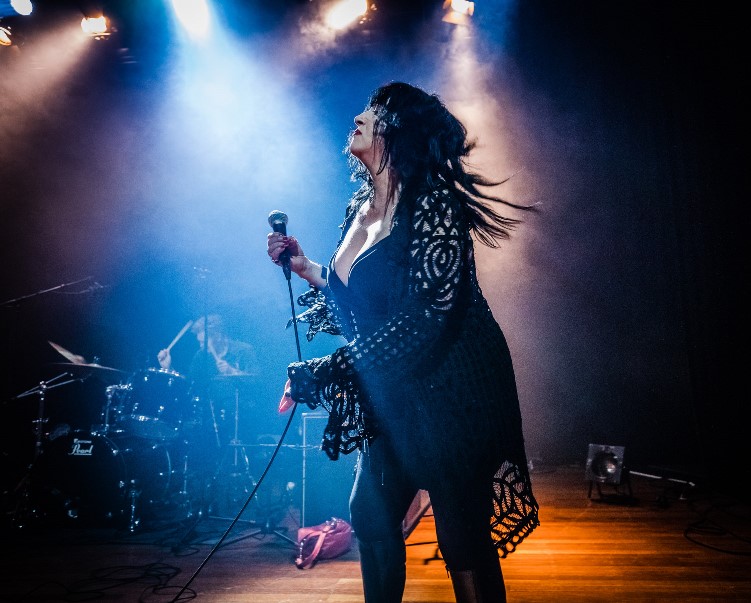 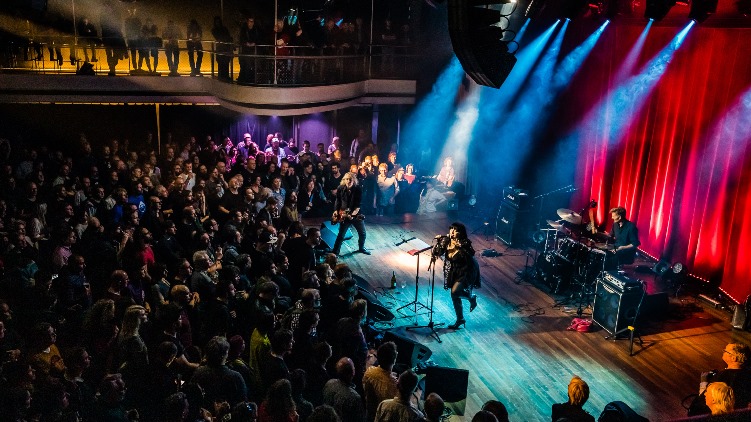 A mysterious B-stage sits in the middle of the Pandora, equipped with amps and native drums. Instead of beginning on the B-stage, Yonatan Gat and his drummer and bass player take the main stage and bust out what can only be described as an epic psychedelic jam. Yonatan Gat is a master at his double SG guitar, utilizing every string to the max. Perfect interplay demonstrates the power of this Tel Aviv legend. Phrygian riffs, drum solos and Wolfmother-like bass make way for a more tribal and hypnotic experience when Yonatan Gat joins the EMS on the B-stage for half on hour of transcendent, straight from the heart, tribal infused psych. 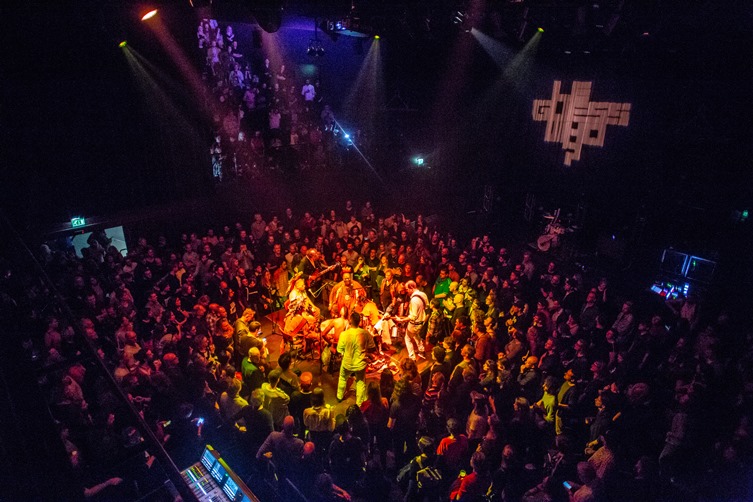 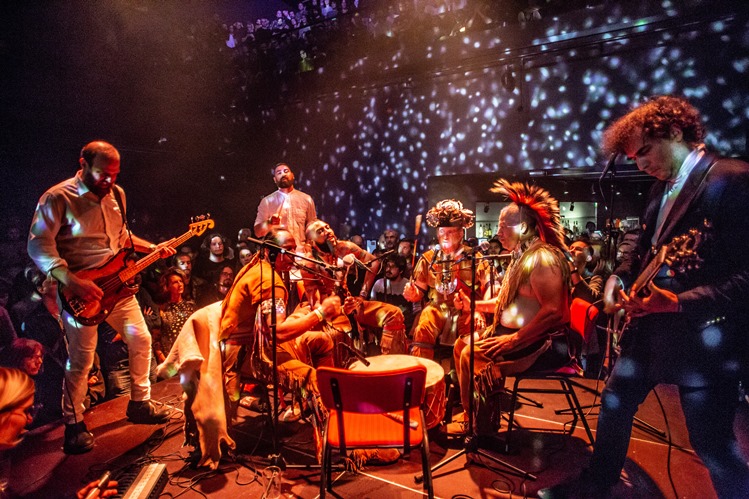 One of LGW's newest additions to its list of venues is the cosy club Basis, situated on the wharf of Utrecht’s old canals. On Thursday night, Basis is home to a late night show by Yves Tumor, who uses the small yet cosy space to its maximum potential to crack out his well-crafted noise pop. The sound is deafening and, in what can only be described as a cerebral experience, the Tennessee musician beautifully executes his latest album “Safe in the Hands of Love”. 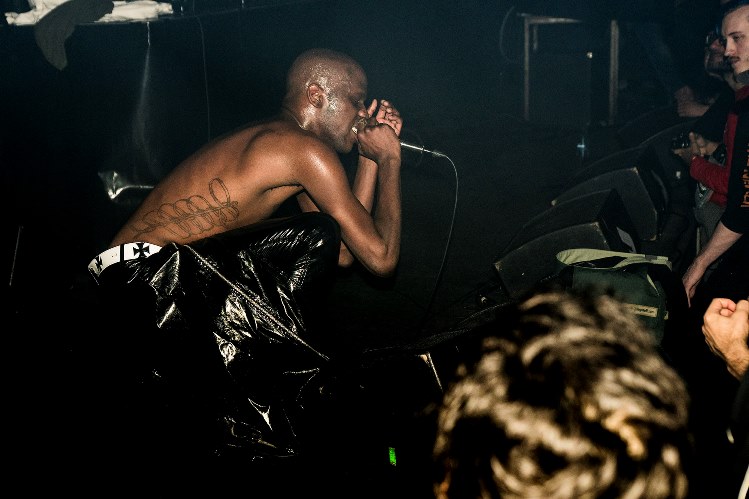 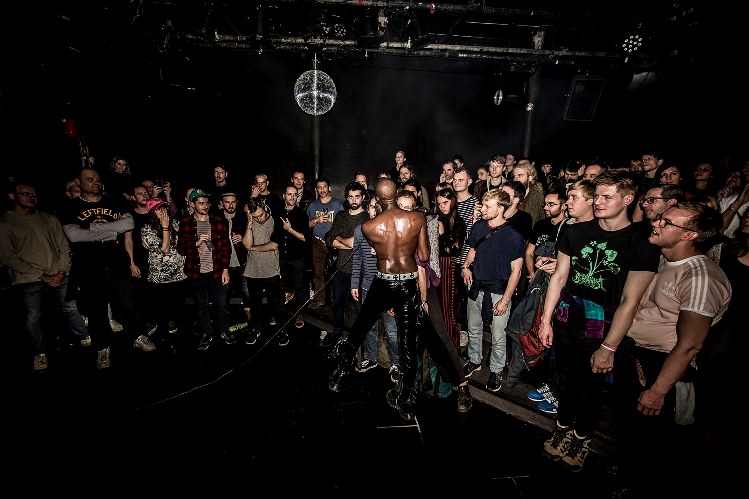 At the forefront of the late-70s and 80s Tokyo Psych-rock scene, the 51 year old brings his solo project to shine at Tivoli’s Ronda only to fall just a bit short. Just two other musicians support Sakamoto: his bassist and drummer. Although they are proficient in what they’re playing, its not enough to bring to life the rich and layered textures of Sakamoto’s work. Some sloppiness also refrains me from truly being able to enjoy this show that did seem to go on for a little to long. 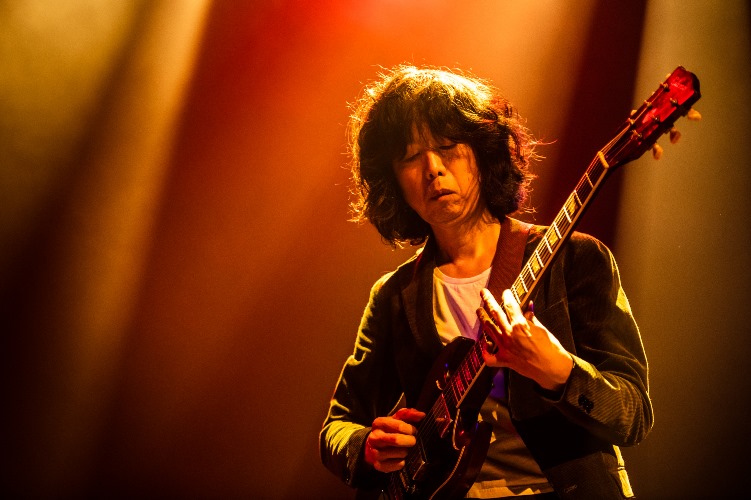 Being a very big fan of Jacco Gardner's previous work I was very excited to see him play his new album in full. As I headed to De Helling I was greeted by yet another B-stage set up in the middle of the room filled with analogue synthesizers and two chairs. Carpets and cushions surrounded the mini stage, inviting the audience to sit down. I have to say, intrigued, I sat down as Jacco Gardner climbed the stage with his partner. It took a full ten minutes for Jacco to program his Ableton Live and I became worried about what kind of show this would become. The next ten minutes comprised of ambient synth-landscapes and then all of a sudden a full band came in. But not on the stage but through his pre-programmed Ableton set up. What I hoped to be a great live performance turned into a “press-play” synth and after 30 minutes of being thoroughly disappointed I left. The album sounded pretty okay but the live performance was extremely underwhelming. 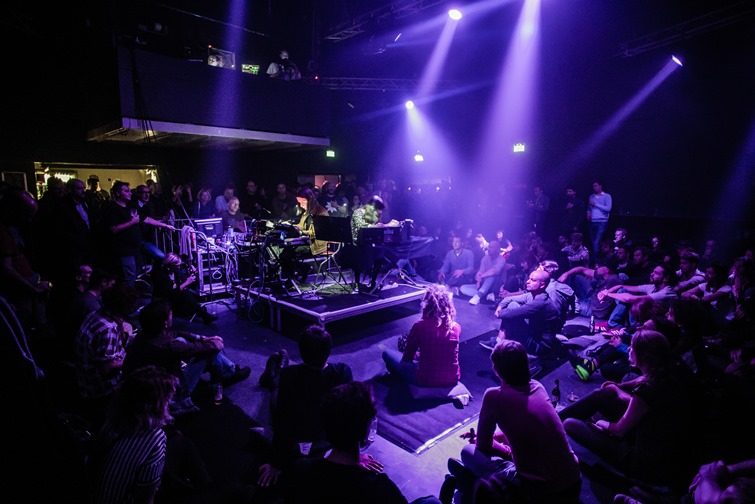 I needed something to lift my spirits after the “Jacco Fiasco” and I headed to Negro Leo, a Brazilian singer songwriter who combined traditional Brazilian music with free jazz. And I was pleasantly surprised. The show was fun and light-hearted. I adored his high-pitched wailing combined with a frantic guitar playing. Everyone in the audience was having a good time and his banter was on point. Great song writing, using such different elements, making up for a very entertaining show that drew a smile on my face again.

Glitch and Noise have never felt so good. The first ten minutes of Blanck Mass draw the listener in with a demented love affair between noise experimentation and stroke inducing live visuals. As the treble fades, chaotic break beats fill up the low end and Ronda doesn’t know whether to dance or obey the noise king that calls himself Blanck Mass. 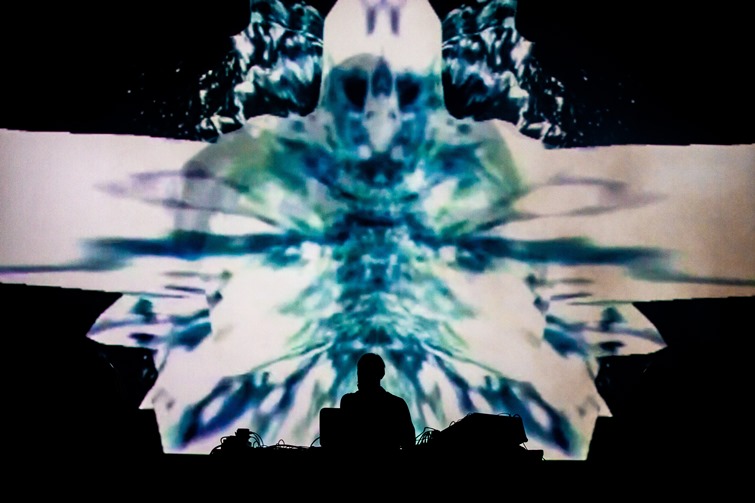 “High off that Amsterdam Weed”. The American Veteran turned Rapper launches his set with his recent Denzel Curry collab. Accompanied by nothing but his laptop with an iTunes playlist full of backing tracks he ferociously introduces his growling flow to the audience. Using every inch of space available he bounces from side to side convulsing like a hip-hop Ian Curtis, delivering his bars with short, precise bursts of aggression and urgency. 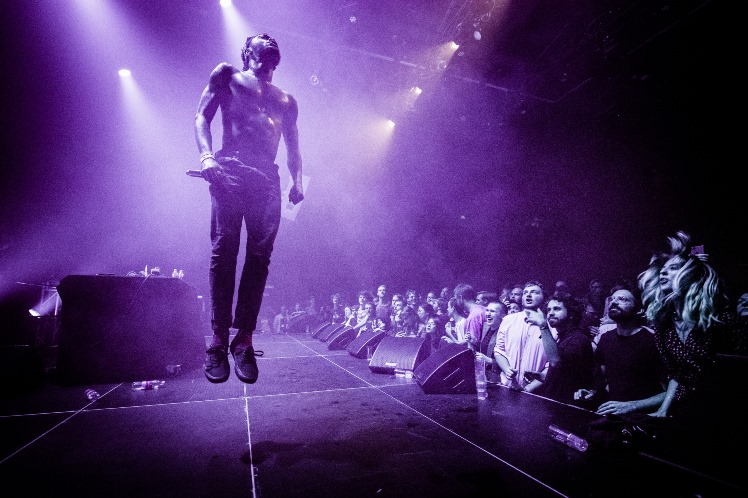 I’ve been a fan of these London/Tokyo lads for about six years now, which also happens to be the last time I saw them play live. And damn they have gotten even better! This is a show I recommend to everybody. The whole band just works perfectly together. The guitars go to the most insane places and are a treat to the ears while the bass really keeps everything grounded. Sometimes playing just one note the whole song while it playfully mixes octaves with the bass and snare drums. I love this band, I love their show, I love their look. The new material also infuses some electronic samples that make for a new dimension of Bo Ningen. 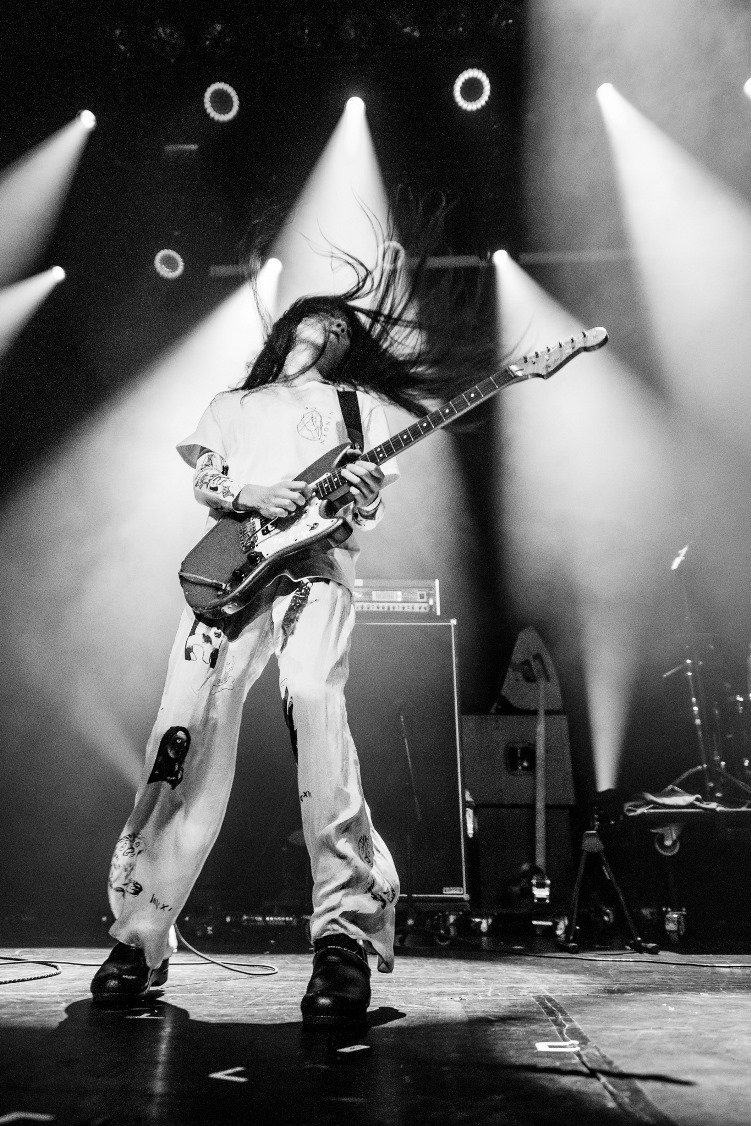 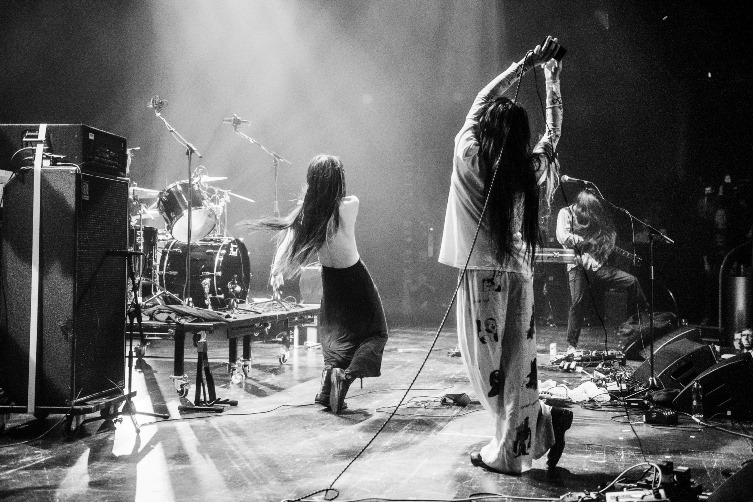 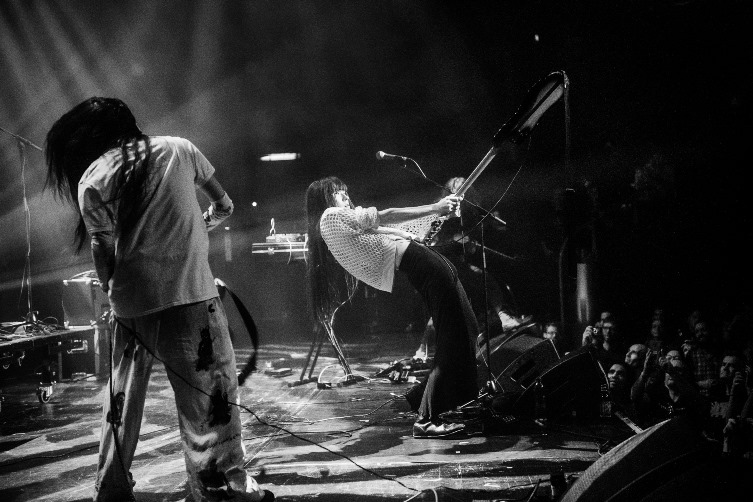 *Within the next few days, our second and last article for Le Guess Who 2018 will follow, with our impressions from numerous additional very special artists.

*We would like to thank the organizers, and especially Barry Spooren and Jessica Clark, for their invitation to cover once again Le Guess Who? Festival, as well as for the perfect festival experience that they offered to us and the rest of the visitors.