A few days ago, we published the first part of our review on this year’s Le Guess Who Festival in Utrecht. In it, we outlined our experiences from the organization and the appearances of Lydia Lunch, Vera Sola, Yves Tumor, Jacco Gardner, Blanck Mass and others. You can read it here.

This is the second and last part of our article for LGW 2018. 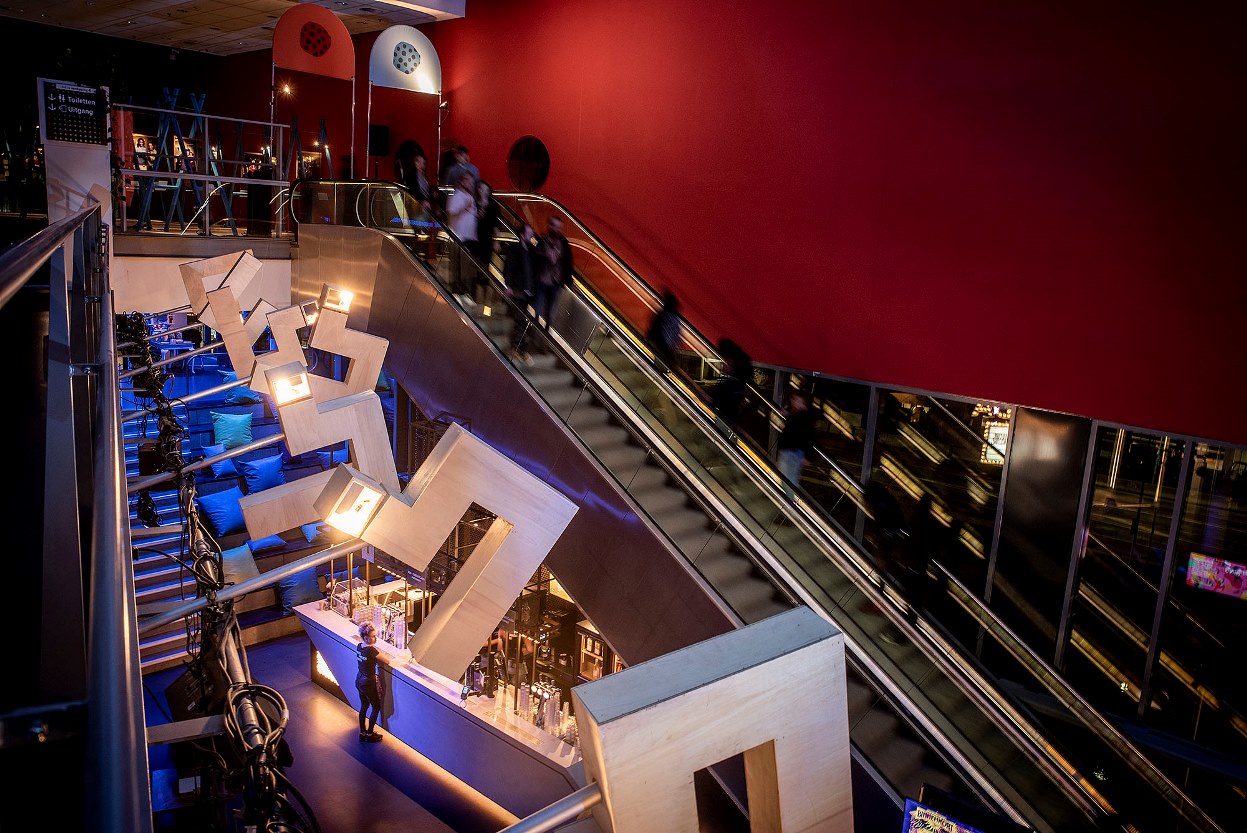 Halfway through the second song of this set I started to sink into my seat. This wasn’t what I wanted it to be. In the weeks leading up to LGW, I had been listening a lot to Cass McCombs. I was enjoying his dreamy slackerfolk on my endless commutes.

However this was not what I expected. It sounded off. It didn’t work. The vocals were blasted over everything else and this ruined the mix. On top of that, his vocals were not good that day, sounding like a cold-riddled Ryan Adams more than anything else. The songs sounded uninspired live. The only saving grace that kept me there to listen to a few of his “hits” was the decent backing band that he brought with him. 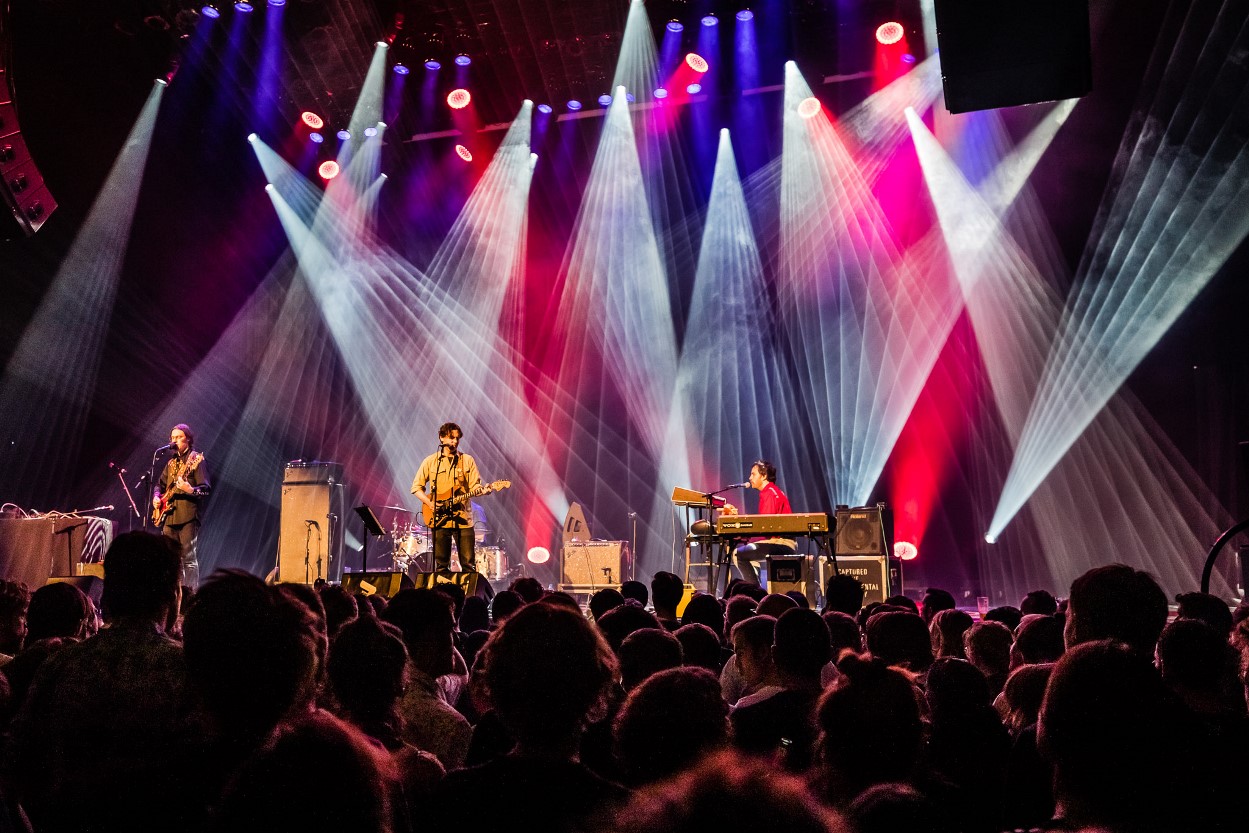 It takes a lot of courage to stand in front of an audience on your own, especially when the instrument you command is your voice. Kelsey Lu uses folk and classical music as an influence to her Cello and Loop pedal driven R&B. For every second, she has my attention. The audience is silent when she kicks it a capella. The feats she manages to pull off with her loop pedal amaze and inspire. 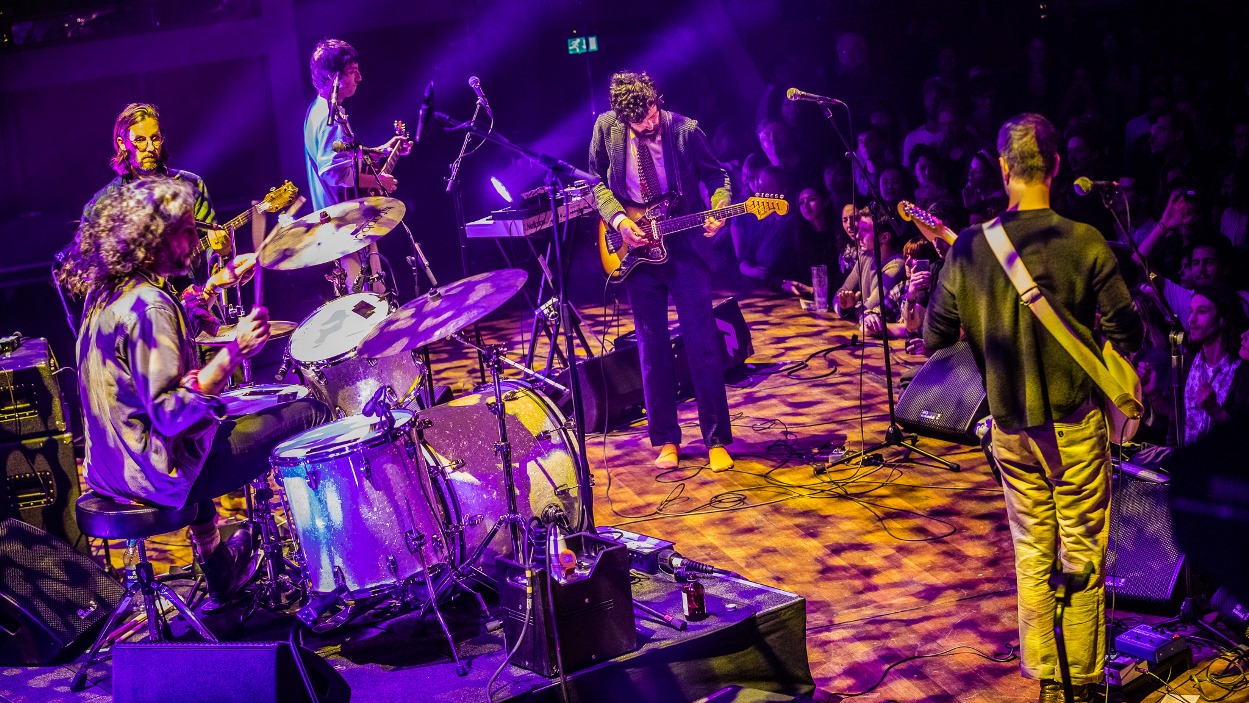 The man responsible for curating a large part of the program this year finally takes the stage on Saturday night in a packed Grote Zaal. And I loved every second of it!

Swagger, confidence, joyous laughs and a complete mastery of his style, the American songwriter dazzles with his Latin-influenced “New Weird America” music. Halfway through the set, he takes off his shoes. This is a man who is comfortable doing music his own way. The beautiful guitar melodies are simple, yet effective, the drums bombastic when needed and driving at all times. Do I find joy in such simple structure and Devendra Banhart? Well, he will definitely be on my mind for a while! 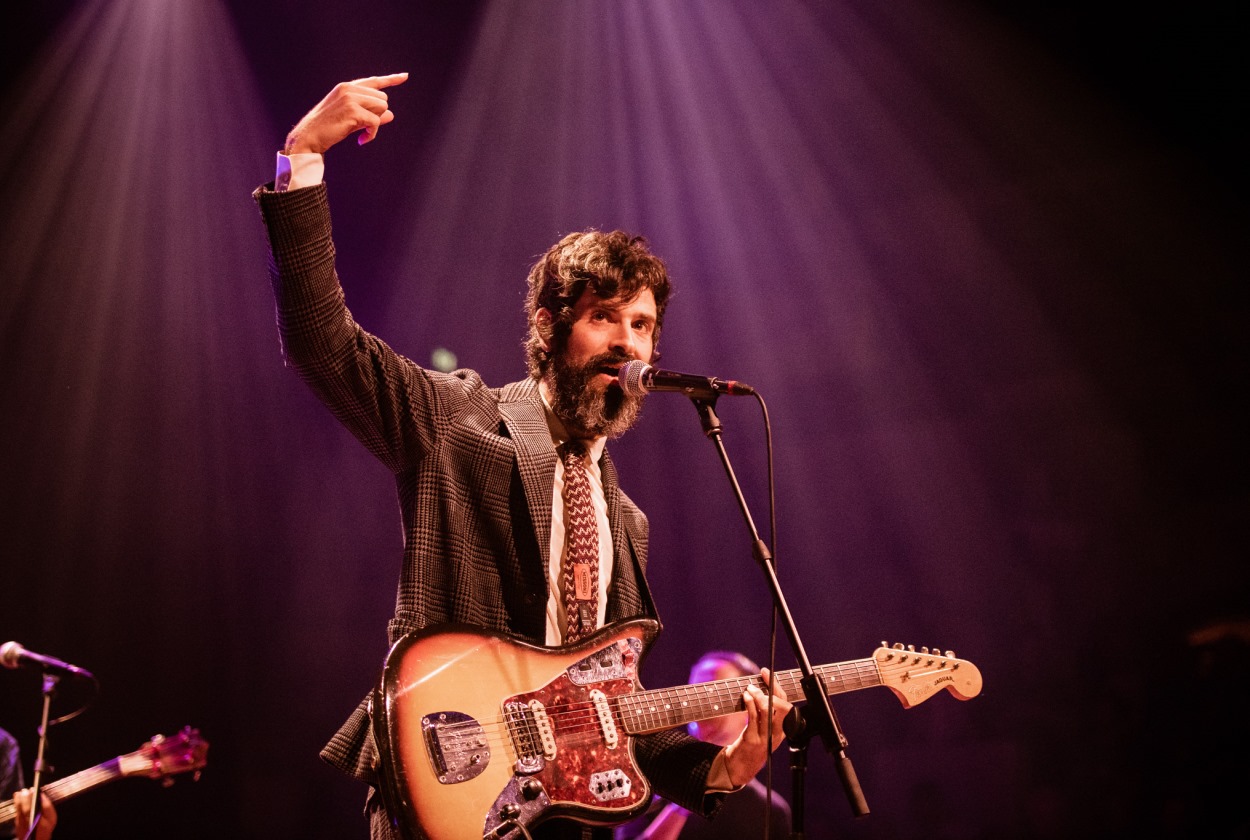 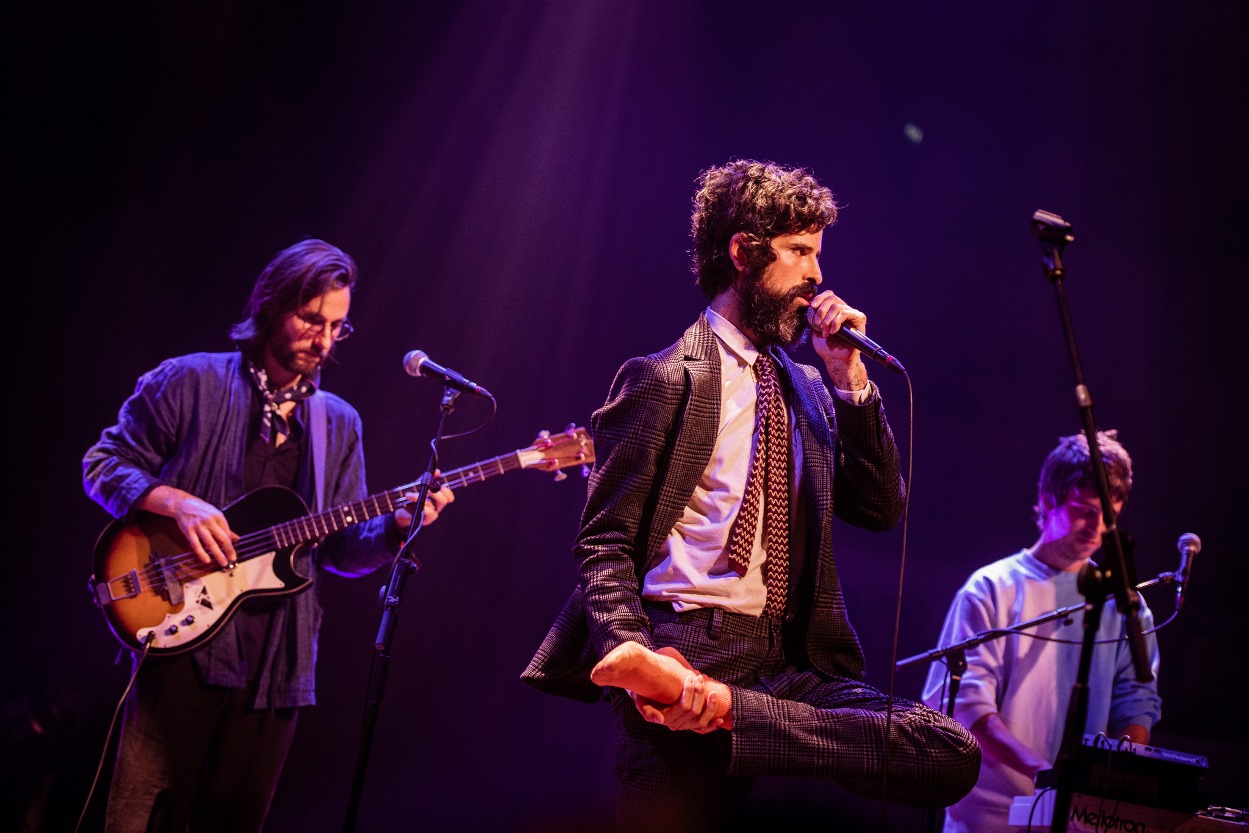 It wouldn’t surprise me if Tivoli had to buy a lot of dried ice just for this concert because Ronda was filled to the brim with smoke. As I walked into the, already packed, room, I could barely make out the stage with its massive sound system and simple DJ setup. At the front entrance ushers gave us earplugs, warning it was going to be loud…. And Jesus Christ it was loud! 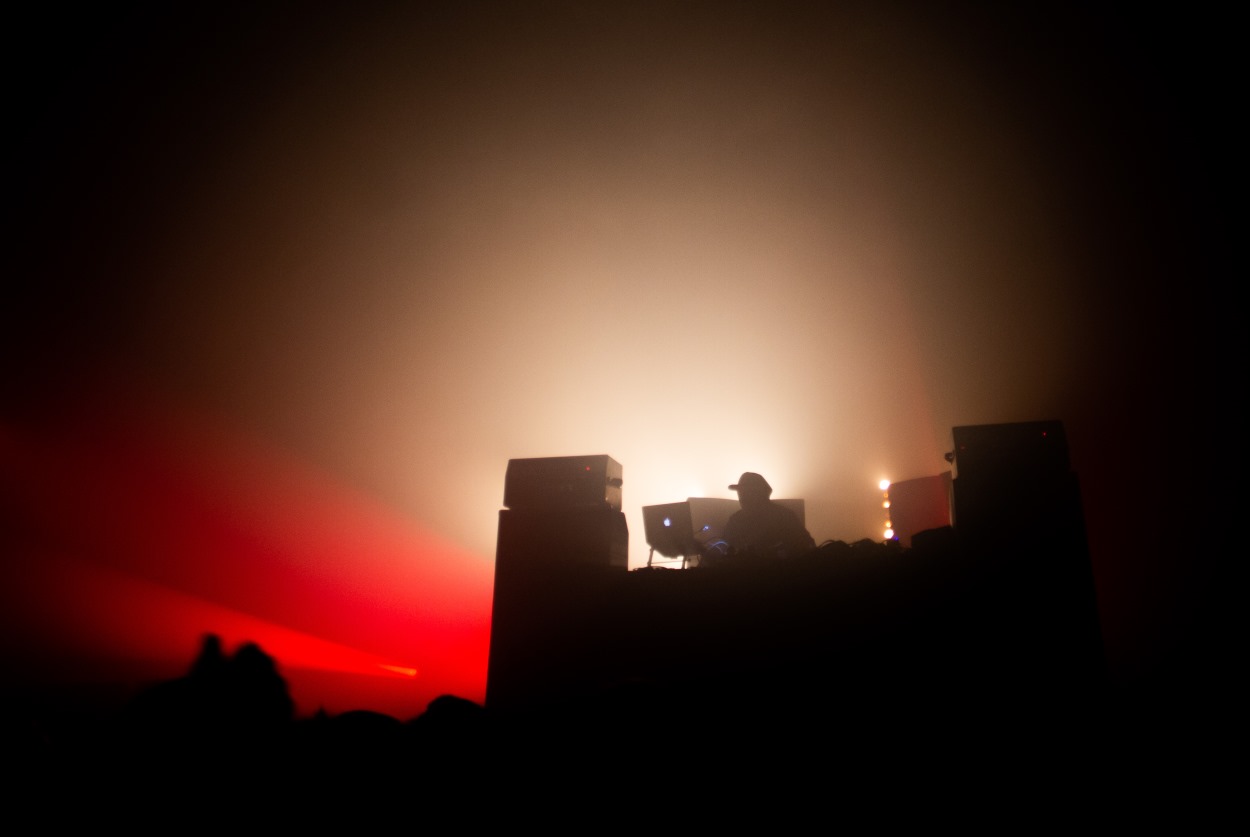 This felt like the Ronda transformed into your sweaty, grimy Berlin nightclub where everyone has taken poppers and it doesn’t matter who you are. The music was simple, driven by bass beats, and the addition of Miss Red did help to give the music some depth and a face to look at in connection, as The Bug seemed hidden behind his equipment.

Circuit Des Yeux, the project fronted by Haley Bohr, is a well-crafted sonic experience unlike anything else at LGW. With haunting vocals that remind me of Shania Twain and Anohni combined. Performing a full rendition of the album “Reaching For Indigo”, Bohr has hired a string quartet to join her on stage. The music landscapes she achieves beautifully play with tension and release (side note: I love live fade-outs!!!). The strings play wonderfully with Haley’s vibrato. What an amazing experience to see and hear. 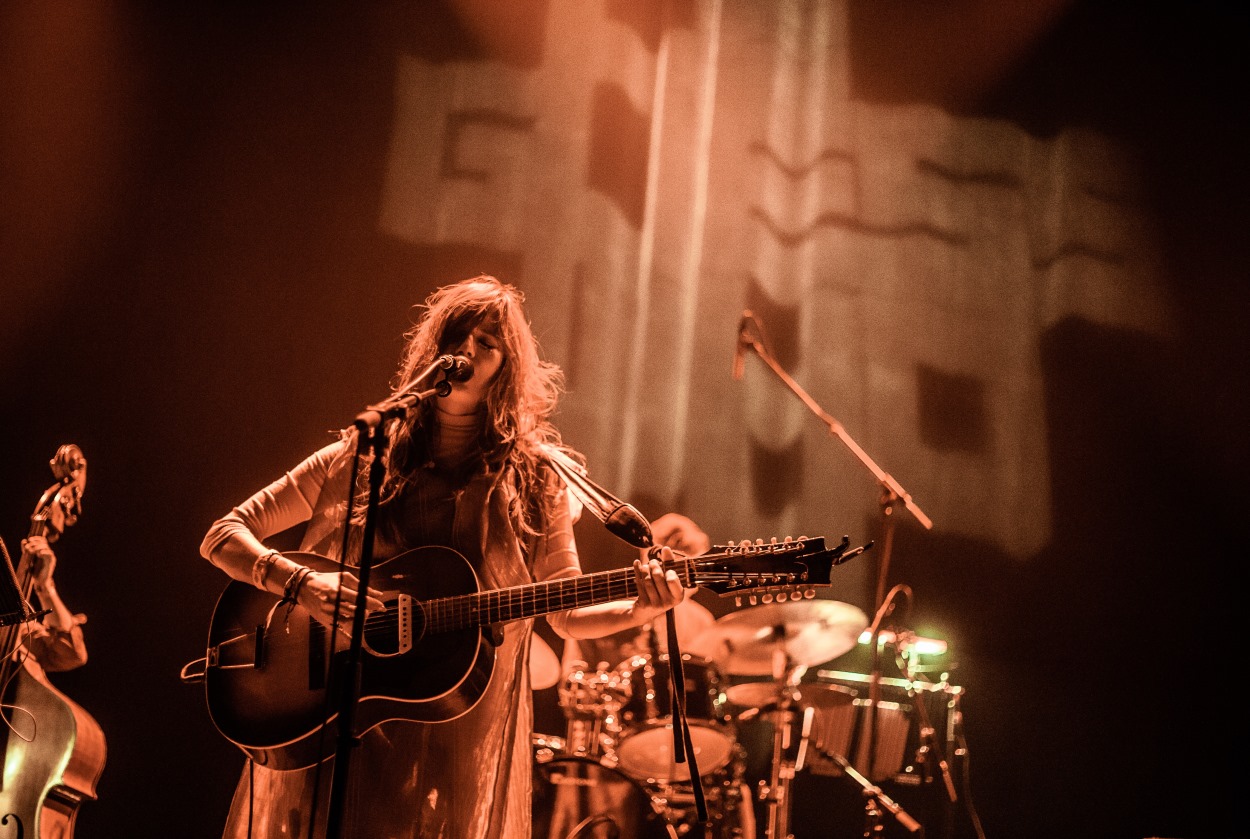 Traditional Sudanese music laced with Arabic rhythm and African psychedelia creates a foot stomping extravaganza that seems to focus on the goodness of people and the joy that we as a species are able to derive from music. Making sure that everyone from the front to the back is able to dance and enjoy their set to the fullest, the Scorpio’s have a memorable place in my heart. 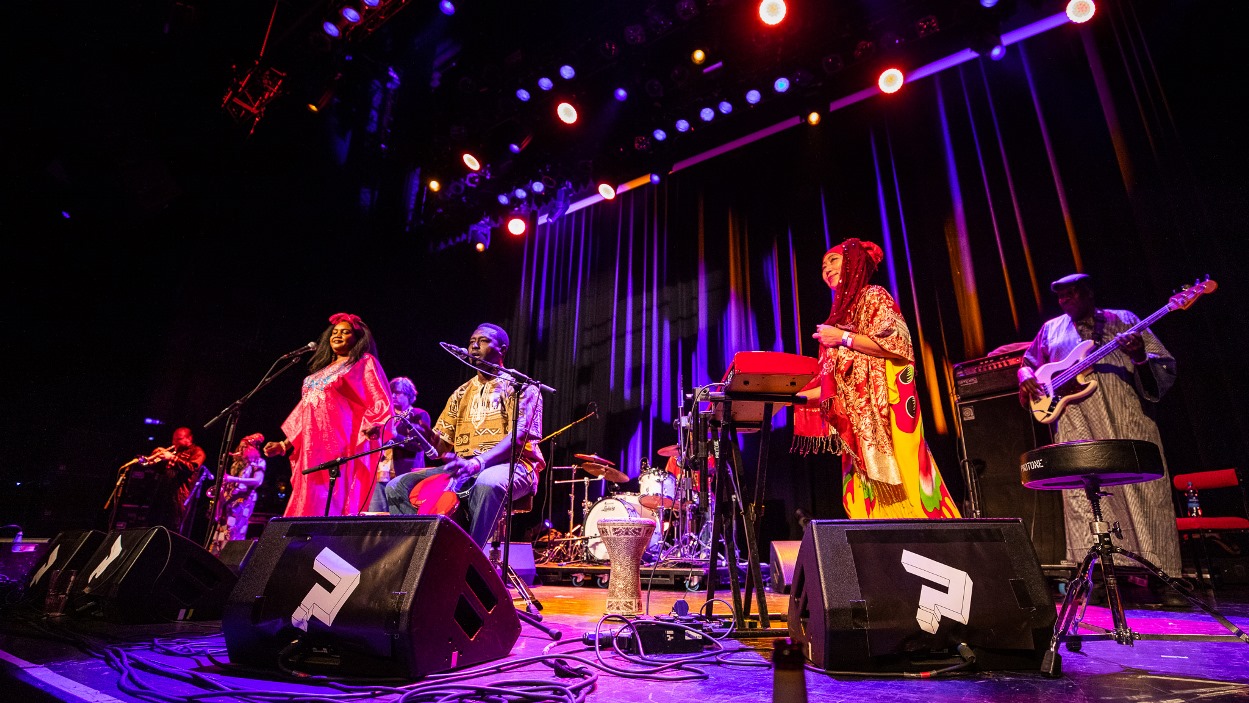 No one is allowed in during the sound check and this contributes to a semi filled big hall for Indian saxophone legend Kadri Gopalnath. As a sitar drone fills the room, he is introducing the band. Or so I think. The audience doesn’t seem to understand him for a while and hand claps fall awkwardly between silences. The show seems off to a rocky start. As the Indian rhythms land syncopated in the far corners of the big hall, the room starts to live up with complex microtonal jazz playing. But still, it seems the music is for the calm enjoyer and enthusiast of Kadri music. 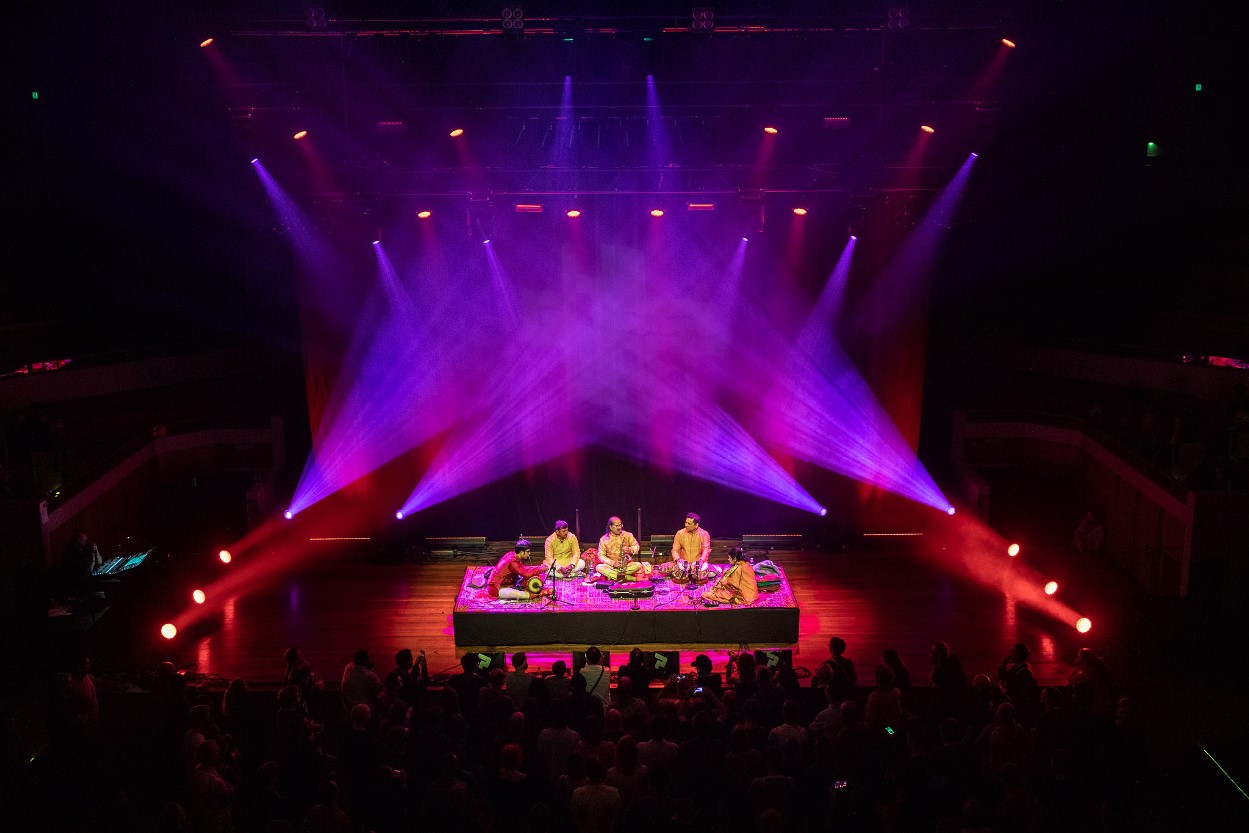 Grainy footage accompanies the entrance of the band. Counting 7 members, I was expecting something big, but I didn’t yet know what. The ethereal swells of all the instruments, combined with the front woman menacingly gazing at the audience, give me hope for something special. And special it truly was! 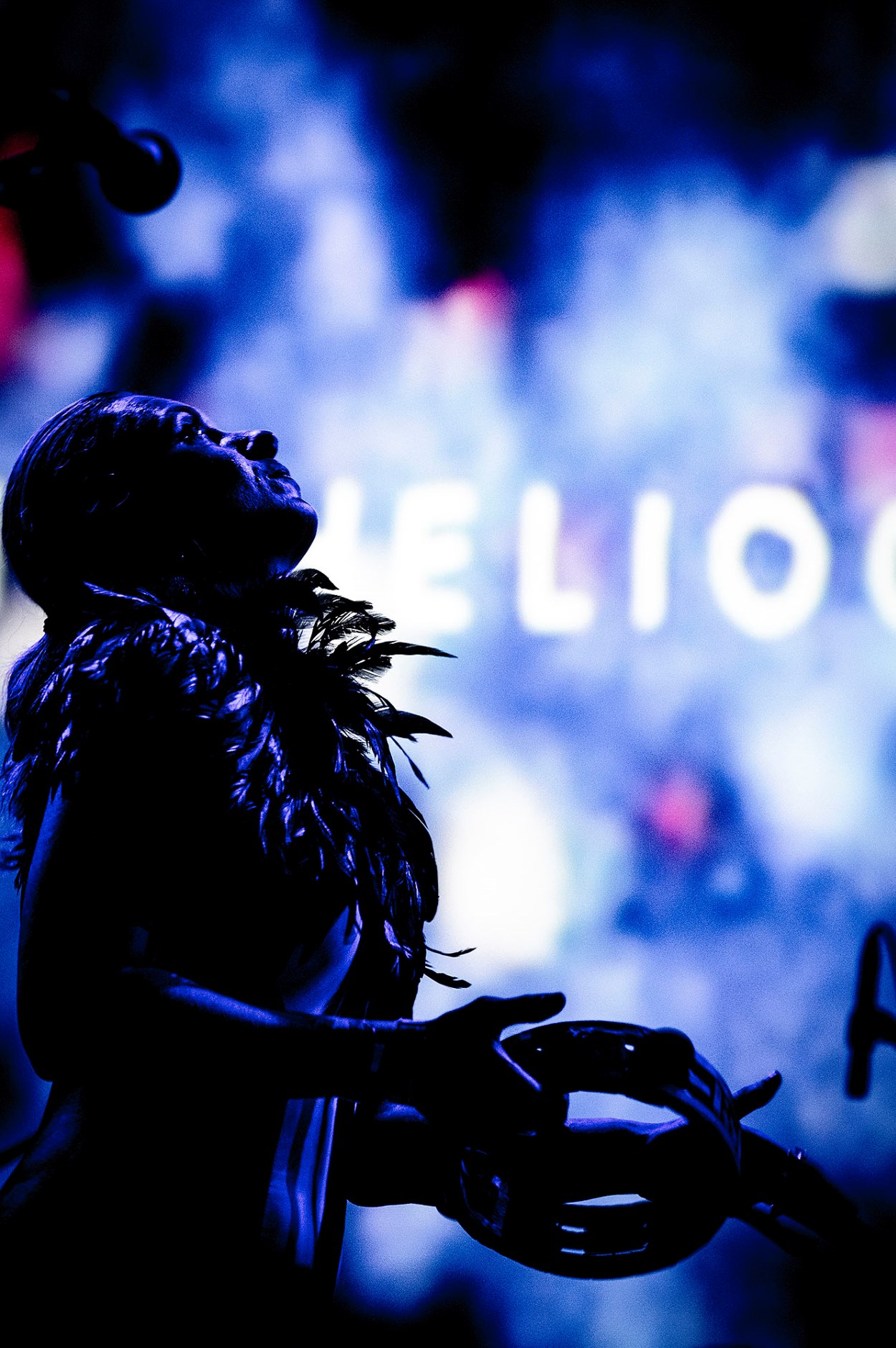 This has to have been the best show by far that I saw at Le Guess Who. The amazing free-jazz style freak-out couples with complex layered textures that provide the basis for Portishead style triphop. The sporadic and abstract vocals only help to create a “feeling” or an “emotion” for each song that just blows me away. The bass guitarist uses triads to its fullest potential to really shape each chord. From complex 5/6 grooves to whammy pedal violin solos, this act left me floored. 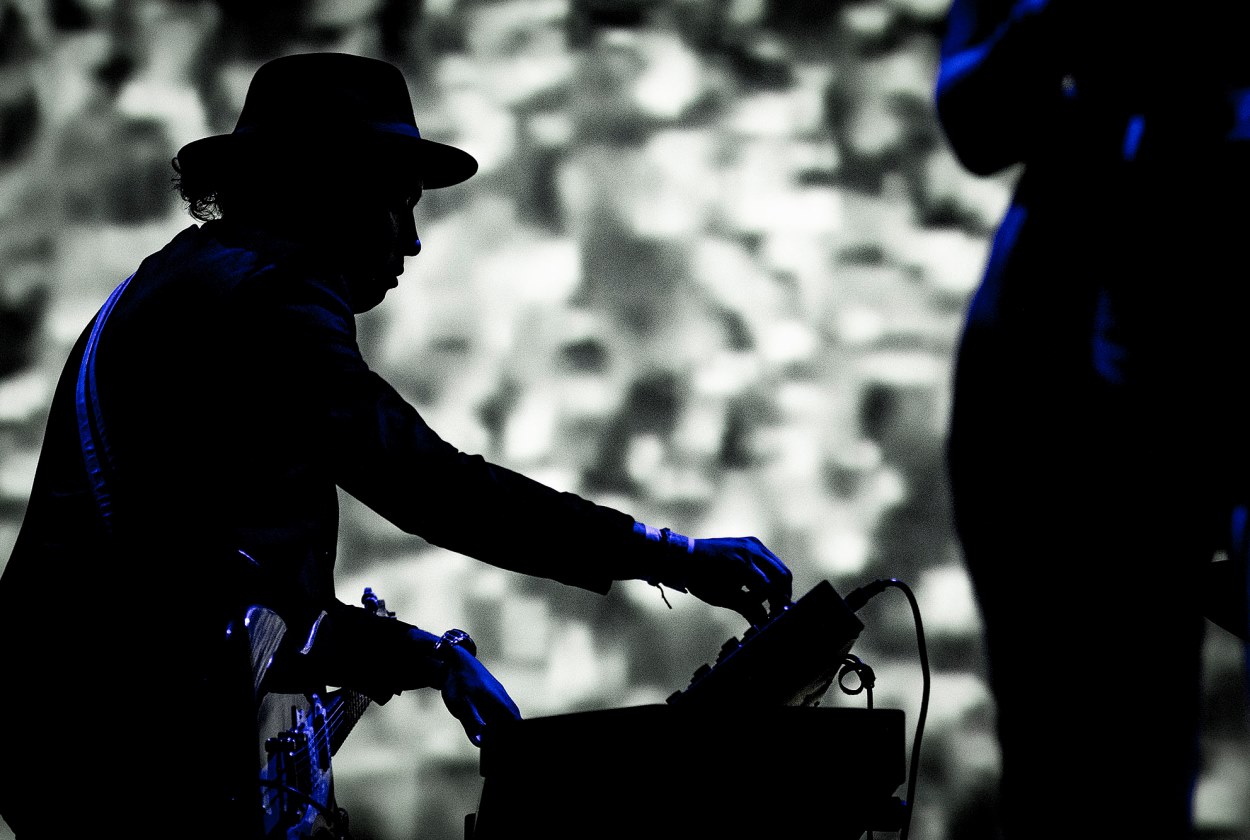 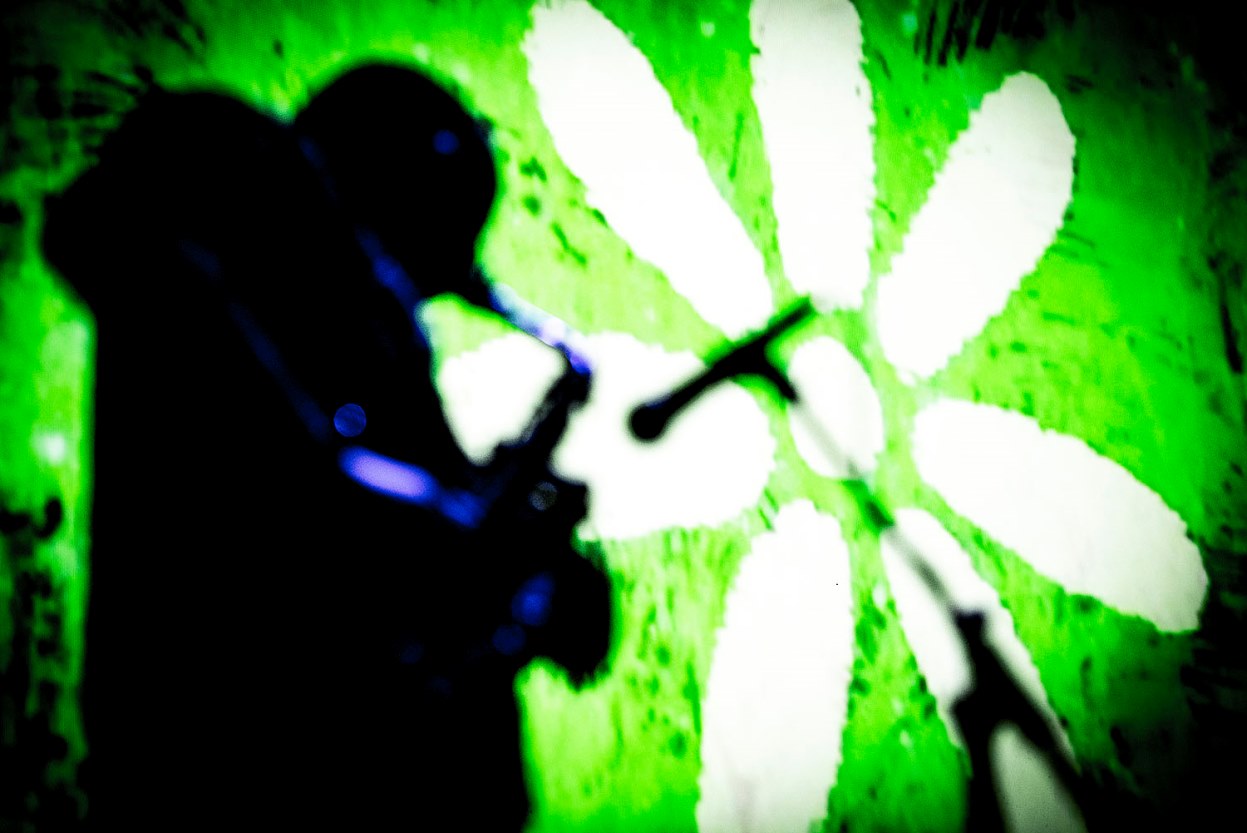 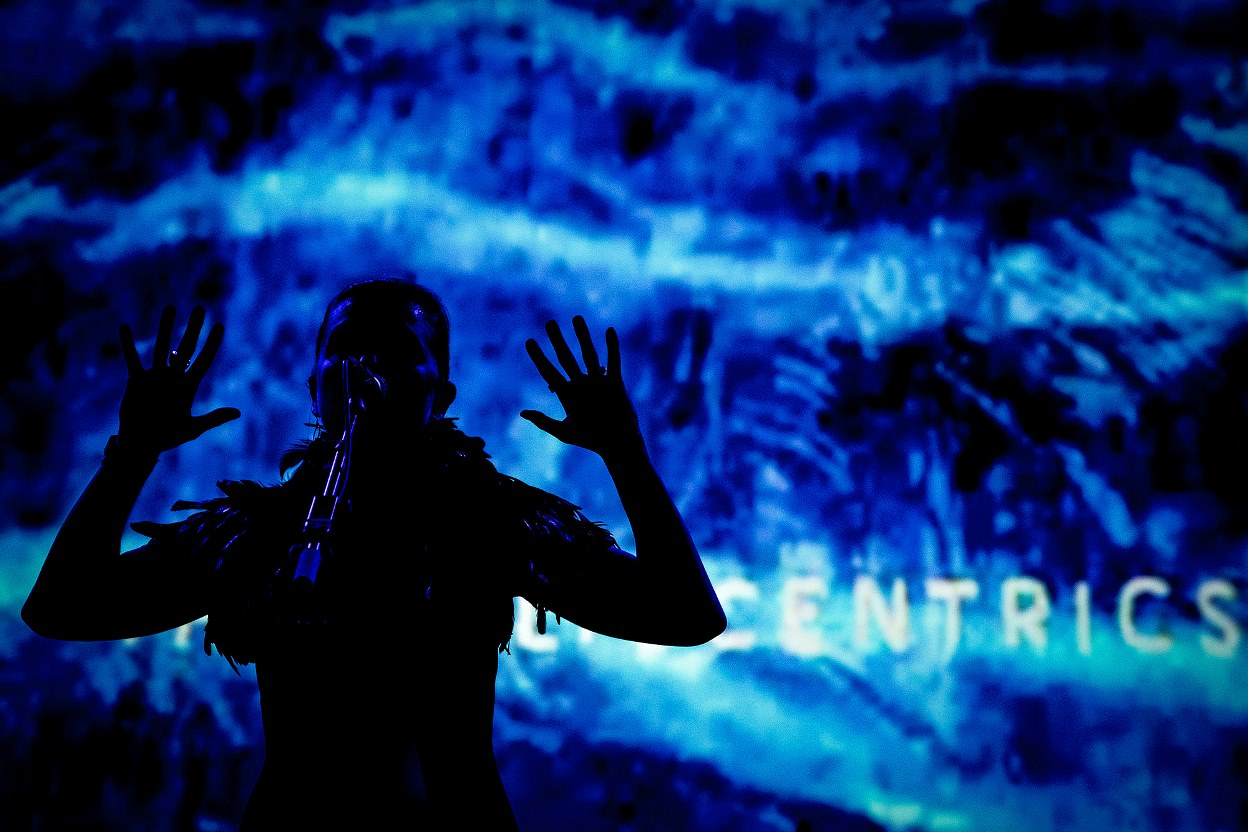 So there it is. Le Guess Who really does everything right in its quest for fresh, new and innovative music. Currently in its 12th edition, it has grown from a small festival for the weird and wicked of Utrecht to an international powerhouse providing the finest that our world has to offer. Every year it seems to be better than the last, with the programmers taking more and more risks. And it pays off in the most quirky, grandest way that can only be done at Le Guess Who. 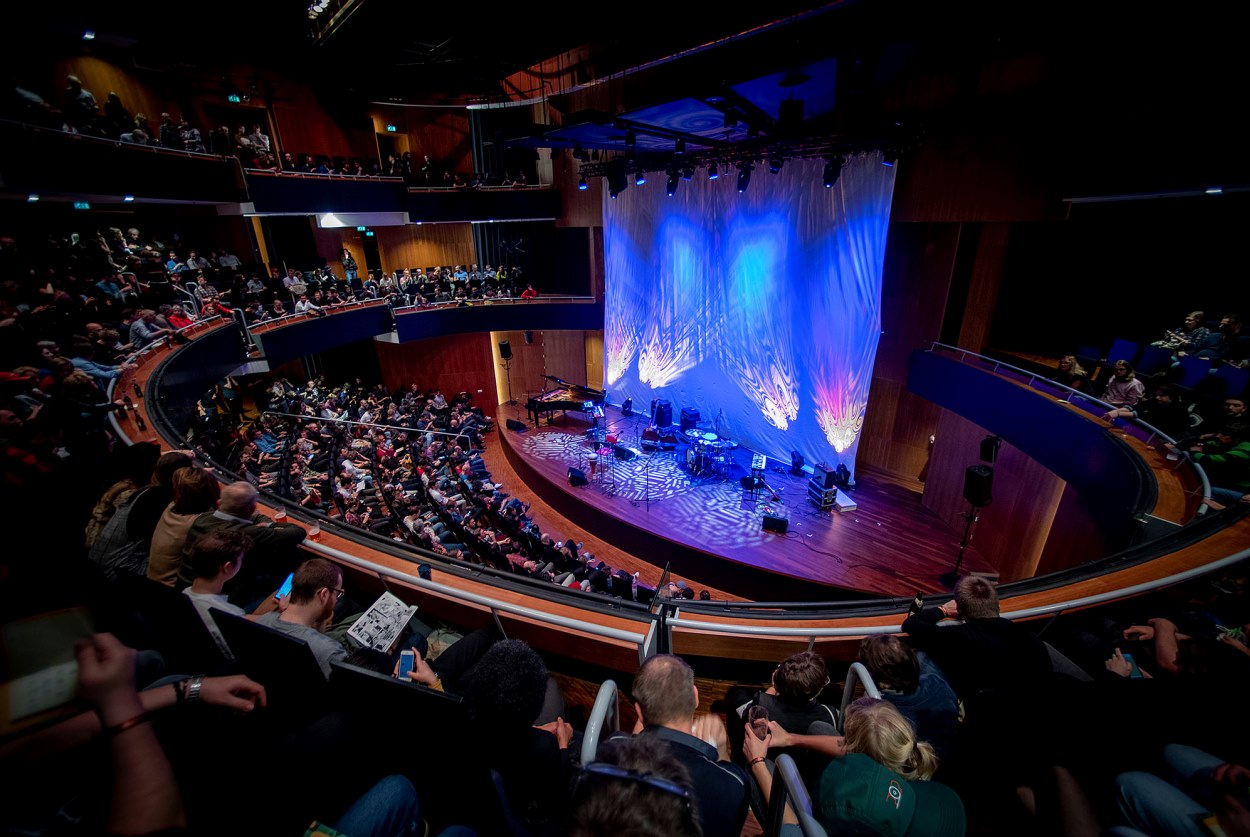 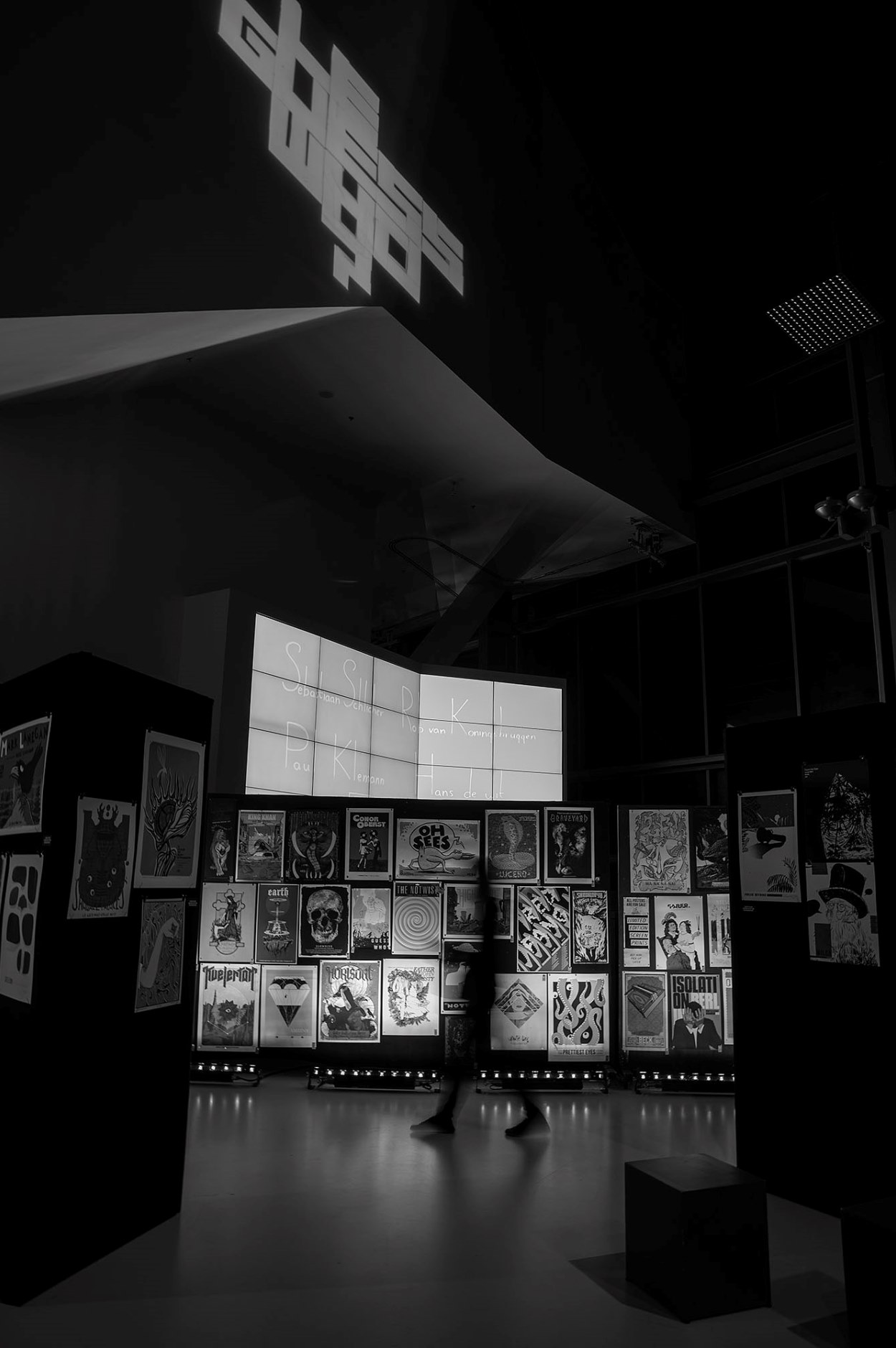 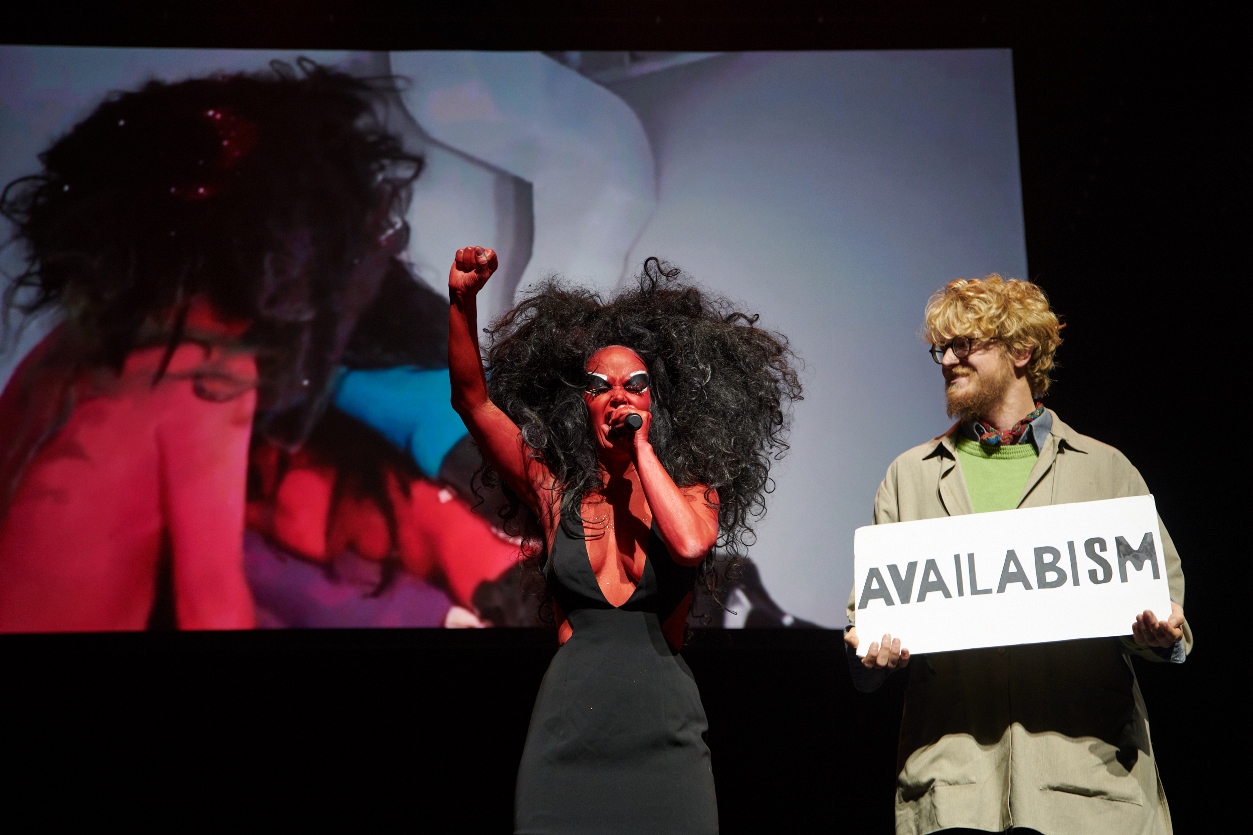 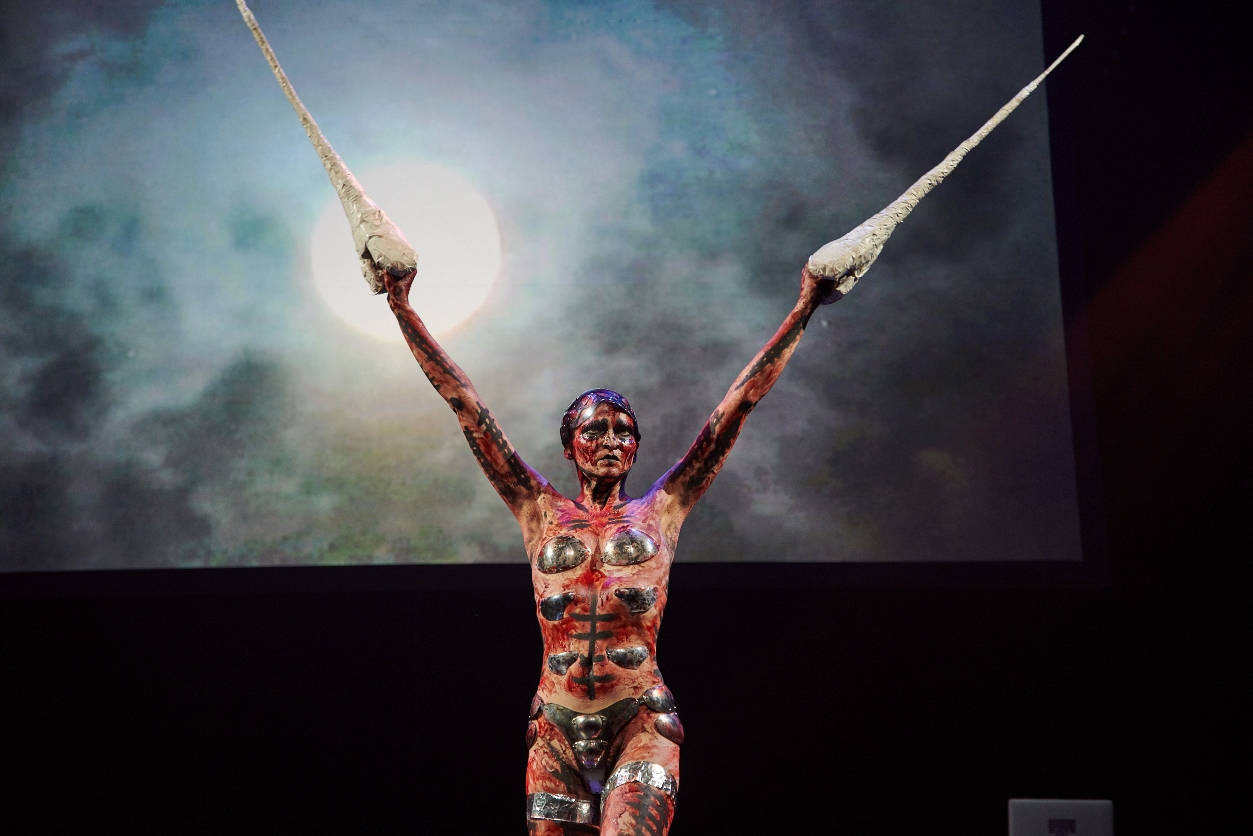 *We would like to thank the organizers, and especially Barry Spooren and Jessica Clark, for their invitation to cover once again Le Guess Who? Festival, as well as for the perfect festival experience that they offered to us and the rest of the visitors.