At first glance, the stage looks as though a mad scientist has engineered some kind of ad hoc musical Mission Control: Two parallel, U-shaped bays composed of a mixture of 10 analog keyboards and digital synthesizers, a toy piano, multiple drum machines, bass pedal, effects pedals, a massive EQ mixing console and a grand piano with the lid removed. Flanking the piles of equipment are stacks of monitor speakers and a large semi-circle of industrial floodlights.

This is clearly not the typical setup for a pianist’s performance at the famed Walt Disney Concert Hall. In the world of modern classical, the German pianist, composer and producer Nils Frahm is anything but typical. 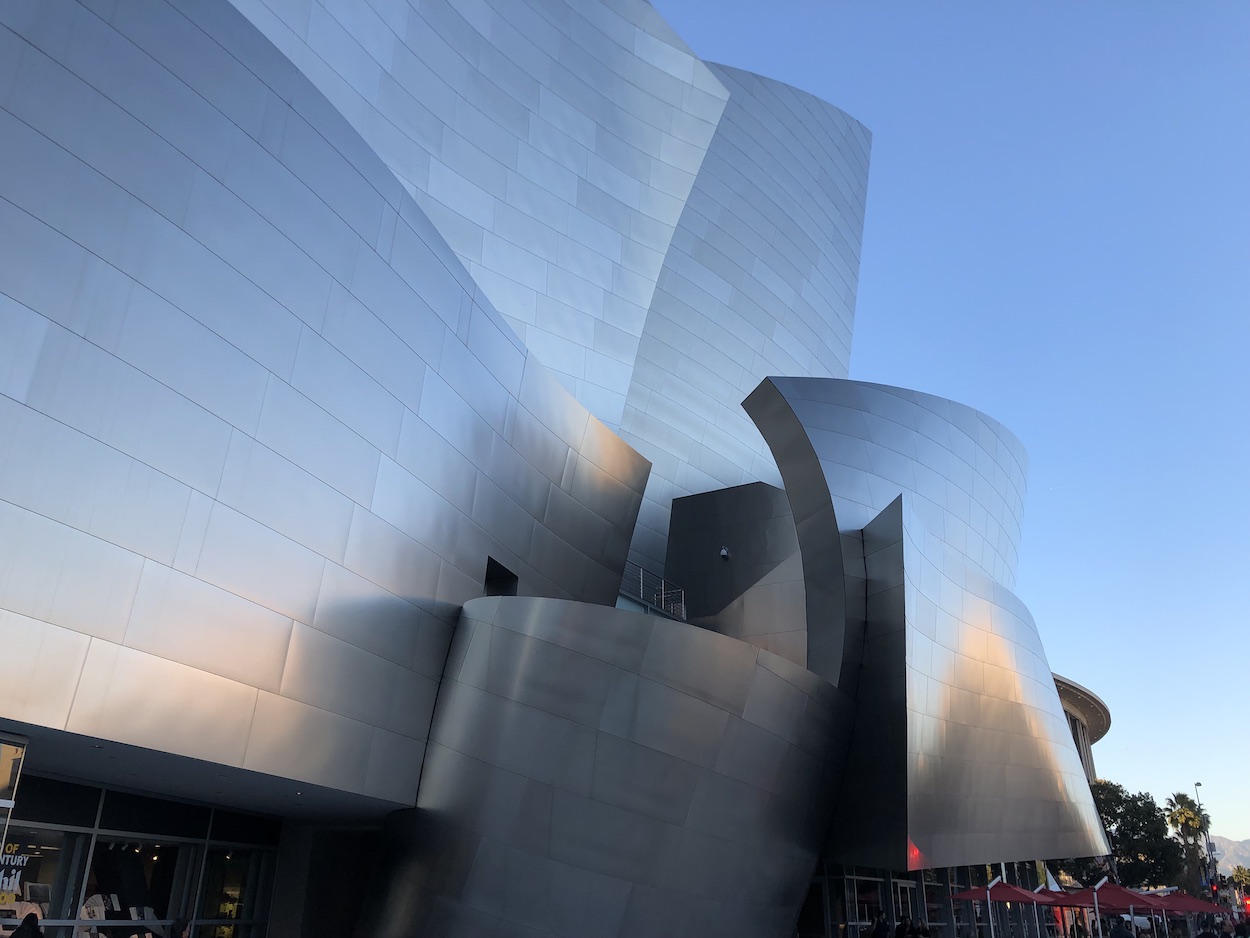 Over the past few years and hundreds of live performances, Frahm has perfected his style of performing with this unique setup of gear. He builds the pieces by starting with a simple melodic foundation at one station. After looping those series of chords he pivots to the next keyboard to add another harmonic layer; then loops again. Quickly moving to the next bay of keyboards, he layers more synth notes with one hand and with the other begins flipping switches and turning EQ knobs as electronic bass beats fill the room with pulsating rhythms. This moment is received with cheers and whistles from the crowd – Nils gives a quick glance of approval that noticeably energizes his dive into the swelling sounds of “Sunson.”

For Frahm this concert is particularly special. It is his debut performance at Walt Disney Concert Hall. Designed by renowned architect Frank Gehry and completed in 2003, Disney Hall is home to the Los Angeles Philharmonic orchestra and the Los Angeles Master Chorale. The sweeping arcs of the modernist exterior are clad in plates of stainless steel, while the interior of the concert hall resembles the inside hull of a massive wooden ship and boasts some the world’s finest acoustics. It seems fitting for Frahm to play this grand concert hall given that he studied classical piano for eight years under Nahum Brodsky who was one of Tchaikovsky’s last students.

Throughout his masterfully choreographed performance, the trance-inducing sets are delivered in waves of multi-layered crescendos. Notable pieces included mostly tracks from his 2018 release All Melody performing the title track “All Melody,” “#2,” “Momentum” and the hypnotically fast tempo of “Hammers” from 2013. The cool-downs between these compositions were the subtle, quiet scores of solo piano and jazz-influenced tracks “My Friend the Forest” and “Forever Changeless.” Reaching into previous works from 2013’s Spaces, Frahm introduced his most popular piece “Says” as the pre-encore set under a wash of strobe lights that lit up the stage and reflected off the wooden arcs of the ceiling in perfect timing.

Most all of these incredibly dense and layered one-man “jam sessions” are based upon pieces from All Melody, but they contain a large portion of live improvisation on themes. Frahm has stated that no two of his live shows are exactly the same.

The final encore set delivered a marathon of “For – Peter – Toilet Brushes – More” …yes, he used actual white plastic toilet brushes to pound out rhythms from the inside of the grand piano (lid off for full visual effect). If there is one disappointment about this performance it is that Frahm did not play the one keyboard that is a fixture of Disney Hall: the grand pipe organ. This massive concert organ resembles some crazy exhaust pipe array from a post-apocalyptic machine in a Mad Max film. Let’s hope he lights up that organ the next time he commands the stage at Disney Hall.

A very special thank you to Lydia, Public Relations for Los Angeles Philharmonic Association, for granting ClockSound special access to review this performance.